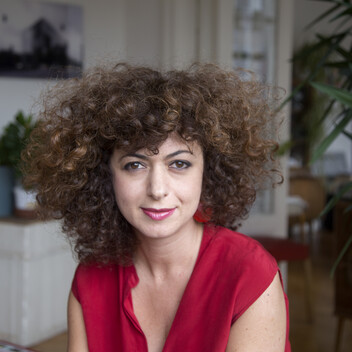 How to read spatial violence

From 18th century neoclassical imperial buildings to today's housing projects for immigrants, architecture has always correlated with histories of racism, colonialism, inequality, violent, discipline and control. In this case immigrant neighborhoods mostly evoke problems with which they are associated, they stand for alterity, insecurity, deprivation and stigmatization, the negative effects of which are strongly felt on a daily basis by their inhabitants. But why don’t we see immigrant neighborhoods not only as places of conflict, material poverty, difference and exclusion but also places of solidarity, blending, social inclusion and finally places of proliferation of popular cultures and political mobilization with democratic ideals for change?

During the winter semester season we will try to learn how to read spatial violence by looking at the urban development projects in Mexico City in the awake of 1968 movements in 60’s, post war construction areas of Berlin’s Kreuzberg in 70’s and 80’s and French suburbs in 2000’s. Interpreting Derrida’s concept of hospitality by walking through in the built environment of Berlin’s Kreuzberg IBA (International Building Exhibition) 1984-87 project areas, we will investigate discrimination and integration through architecture and urban policies of Berlin as well as squat movements, resistance and solidarity practices in those areas. One of the main question that will lead our research is: How do place-making practice affects the daily lives of inhabitants concerned? Using ‘storytelling’ as a method and ‘video installation’ as a medium, we will try to make the stories of inhabitants of the buildings, such as laborers and guest workers, students, political refugees and exiles visible, who are often disregarded in the architectural histories. By observing the form, usage, daily life and transformation of the public spaces such as squares, streets and markets, the alternative potentials they carry for art production will also be examined. The use of different mediums such as video, photography, sound, animation and ready objects in video installation and possible forms of a poetic narrative will be investigated by looking at the representation of these settlements in literature, cinema, music and popular culture in addition to the human stories.