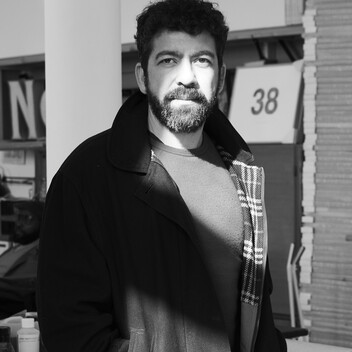 “POLITICS OF SELF-RECONFIGURATION IN CHALLENGING TIMES”

We live in a digital ecology, an environment in which previously held boundaries between media, subjects, and the physical world are dissolving. Over the centuries, various forms of contagion and immunization have allowed the existence and survival of the communities. In the last decades, and especially in the last year we have remarked that the mediation of technological devices, the internet and the social networks have played a crucial role in keeping a balance between the forced physical isolation of the individuals and distance, and their need of connectedness. In particular, during the pandemic the technologically mediated experiences have turned into the prevalent means to endure, and this have had huge effects in the emotional phenomena and the affective sphere, the perception of the self, the public display of the body, the sense of belonging through a community, and so on. Nevertheless, for years the digital sphere has provided a multiplicity of environments that individuals as users have appropriated, repeatedly outlined, and where, in turn, they have constantly reconfigured their identities and bonds. Consistently, the internet and its product have empowered the users to extend exponentially individual and collective memory across and beyond the boundaries of the physical bodies, and thus to broaden the fictional, untold narratives that memory can offer.
Within this framework, despite the hyperaccessibility to a massive variety of contents and information, in the post-truth era, everyone is able to manipulate and shape his or her own comfort zone of armonious voices and opinions, a bubble of consensus, whose consolidation is facilitated by the algorithmic settings.
The praxis-oriented seminar proposes to explore both theoretically and practically the challenges of the online sphere, and to question it as a contested place, and yet as an environment of ruptures, glitches, and thus of unknown opportunities, where forms of militancy are still to be codified. It looks at the user as an agent of transformation in the reality that he or she lives and sees online and AFK (away from keyboard). In what capacity does the online sphere facilitate or obstruct the breaking of existing forms and provide a terrain for the creation of new possibilities? What if we as users embody online the failure as a vehicle of resistance? The seminar proposes inputs for individual and collective reflections upon issues such as, the notion of belong, body and memory as the vehicles of fiction, empathy in the post-truth era, the politics of weakness and militancy, the challenges of the pandemic in comparison with other destabilizing circumstances in relation to technological devices, social networks, formal media.
Furthemore, through the analysis of artists’ works and case-studies from the visual arts and cultures, as well as transdisciplinary readings, the seminar aims to be the space where the students will develop their personal projects and statements, as well as where their approaches and work processes will be discussed. As a result of the praxis-oriented seminar, the students will present their work publically in a physical space or online.

REPERTOIRES, ENVIRONMENTAL TRACES, ENGAGED PUBLICS, AND OTHER PRACTICES THAT FORGE THE PUBLIC SPHERES

The rising of biocapitalism, new technologies and the internet have deeply contributed to blur the boundaries and the meanings of what is the private domain, or conversely, what belong the public spheres. During the pandemic, this process turned into extreme, when the strong limitations to attend public areas have globally transformed the function of highly intimate and protected spaces such as homes into either overpopulated work and learning spaces, or solitary theaters, bars, and clubs.
Whereas the definition of public is “done for, made for, acting for, or being in the service of the community as a whole,” (WordReference Random House Learner's Dictionary of American English, 2021), the counterpart is that what is public needs individual and collective care. Also, public objects and places are unprotected contexts, terrains of censorship, or conversely, arena of dissent, multiplicity, creativity, and thus freedom. In her book The Archive and the Repertoire. Performing Cultural Memory in the Americas (2003), performance studies scholar Diana Taylor defines repertoire as embodied memory conveyed in gestures, the spoken word, movement, dance, song, performance and demonstrations, which take place in different public contexts and enable the forging of new histories.
The seminar will aim at (re)mapping and extending the notion of public sphere by exploring community and street actions as well as theater and online performance as political interventions. Within this frame, it will focus on observing the capacity and limits of traces such as artistic, architectural, urban and natural conformations, as well as
ephemeral embodied expressions to preserve or rewrite the cultural memory, transmit knowledge and thus redesign the public domain. The seminar will also question the role played by artists, especially performers and ordinary citizens as publics, and their responsibility in decolonizing, enacting site-specific reoccupations and renegotiation of the public spheres offline and online.
The seminar focuses specifically on praxis. Within this frame, students are strongly required to engage individually or in groups in explorations, walks and detournements across meaningful and anonymous neighborhoods in Berlin. Besides these explorations that will consider also the online domain, the class will be engaged in individual presentations of the students’ works, collective discussions about and beyond the theoretical inputs proposed. During the seminar, students are strongly required to work on personal or group interventions in the public space that can take different and hybrid forms, such as sound or video installations, performance, sculptures, and beyond these definitions.
Through the presentation of cases-study and theoretical inputs, the seminar will unfolds in the following sub-topics:
1) embodying transitory and invisible actions as tools of memory and resistance
2) public art that questions or conversely, winks at capitalism and the art market
3) break the boundaries of intimacy and privacy policies through theater, street and digital performance
4) hacking the system online and offline: on sabotage, imprisonments, and bots.
Encounters with international guest artists and curators will enrich the seminar program. In particular, the upcoming cooperation between Raumstrategien and HAU (Hebbel am Ufer, Berlin), and specifically HAU4 will pave the path for the development of in-progress new collaborations and projects.