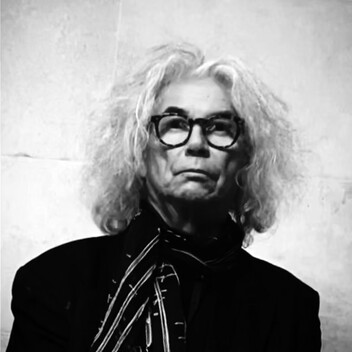 The paradox of current research and teaching in urban studies.
The results of many so-called inter- and multidisciplinary urban studies and urban development research projects in the last decades reveal bitter paradoxes. Such projects have often merely consisted of a simple juxtaposing of different - but not necessarily equally respected - disciplines, that did not communicate with each other. Additionally, the creativity of architects and artists (if at all involved) was hereby reduced to producing refinements or visualisations for the relationships and phenomena that others – economists, human and social scientists – analysed.
On the one hand, it becomes evident that the much sought after and desired interdisciplinary methods have failed in this era of increasing specialisation. On the other, it can be seen that architecture and art, already on their way towards total commercialization in the face of increasing competition, are being seduced into an uncritical developing of “products”. Lacking instruments with which they could convincingly analyse and especially verbalise today’s social phenomena, architects and artists – far from being imprisoned in ivory towers - are at risk of being unwillingly isolated from current socio-political events and discussions. Yet art in its essence is perhaps the most important field in which present-day cosmopolitan problems as well as relevant theoretical solutions are being recognised, presented and discussed. Is it possible to improve respect for the arts and artists and stenghten their positions within current debates? How can bridges be improved among disciplines that are not communicating enough with each other?

To think in terms of space and spatial relationships also means to go beyond the characteristic 19th century concentration on the primacy of time and on a hierarchy- and period-shaping history. A spatial approach emerges as a viable conceptual alternative, flexible in its consideration of simultaneity, of phenomena and movements in different places, of hybridity and overlapping of differences in a postmodern world. Space is acknowledged as a precondition of social processes, insofar as it constitutes the frame and context of social interactions.

- “Space is produced, and city is the result of this production process” (Henri Lefebvre)
Following Lefebvre, “space” suggests a collection of interrelated phenomena, whose interactions give shape to city and urbanity. Thus “city” exists in space, and every aspect of social reality develops in space. Understood as a process, “space” is constituted by three specific production processes.
First is the physical production, which speaks to material-technical conditions of cities (buildings, infrastructure, institutions) but also routines of everyday life. Secondly, space is produced as a cultural dimension by mental, or abstract, processes, emerging as religious, ritual and general cultural representations, but also through the activity of planners and architects. Finally, a “social space” takes shape through social practice as a result of everyday practices and human interactions, wherein the potential lies for individual expression. It is important to note that the three fields are simultaneous, essentially interdependent and must be considered as being equally important.
The consequences of this theory are significant for urban researchers as well as practitioners in that an integration is called for of the various aspects of the structuring of daily life, cultural production and human interaction.

We conclude that a challenge for students in the Space Strategies degree programme is an analysis (also comparative) of urban strategies, and accordingly the development of creative and cooperative “counter-tactics” appropriate to respective cultural, social and political meanings of public acting. Space Strategies students also are expected to develop tactics for creating publicity for spatially relevant issues, and for designing spatial provocations that bring attention to and challenge hidden strategies.