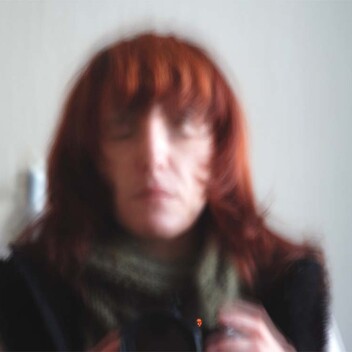 In my work I treat narrative concerns, for what I have in mind as a main goal, is to expose the illusory nature of such mythopoetic attempts. I move carefully inbetween memory and time, as I explore the marginalized, controversial, and disruptive, revealed on the backround of fictionalizations. By screening my projective identifications with certain places or certain people I undergo the changes needed in order to relate with them. This procedure entails performative qualities that almost adds up to the protective screen of blindness as a location of mediation.
Thereby, the screen in my work is hidden or codified. From the very beginning I was concerned with space as recipient of internal pathos and at the same time as a protective screen smoothening the fit of rage against the unfulfilled desires that actually represent the mortified subject. This makes the beholder feel perplexed and motivates him/her to search inside my installations for his own private illusory personality, his own phantasm. By presenting overlays in time I consider Illusion to be the effect of an attempt to counterbalance the feedback from the external circumstances with a touch of cynicism. Hal Foster contends in his book “the Return of the Real” that “the function of the screen is to negotiate a laying down of the gaze as in a laying down of a weapon, for to see without this screen would be to be blinded by the gaze or touched by the real.” 1

In the Master Degree Program Raumstrategien, as well as in the future, I will be bothered by the limitations of the subject, that will be intrigued in other dynamic relations, with the ambition to reveal his sensible poetic functions in accordance with a fictionalised reality. Interactions with such a subject are configurations, that open up to view but don´t really correspond with the objects that give form to its wishes. Feigned unlimited but though confined to his scheduled functions, it outlines its strategic leveraging of its capacity for play as a complex spatial/ social practice within a contradictory and unstable system of valuation. Last but not least, the complexity of social spaces incites me to search for a symbolic language of power relationships that make up the metaphors for institutional machinations of politics.