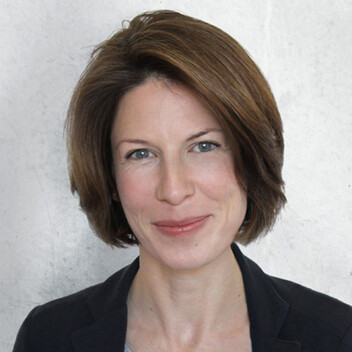 Barbara Junge has been Professor of Digital Media in Visual Communication at the Weißensee Academy of Art Berlin since 2008; she is also a freelance graphic designer. The focus of her work lies in the development of interactive environments for the screen as well as new developments at the intersection of graphic design, interactive installations, and new information technologies. After studying Visual Communication she co-founded the design studio Milchhof: Atelier in 2000. The design studio, which engaged in the design of analog and digital communication processes especially in the cultural context, has received numerous awards and published numerous articles in relevant professional journals and books. As a co-founder of eLab, the Laboratory for Interactive Technologies at Weißensee Academy of Art Berlin, she is particularly interested in the opportunities, implications, and synergies in the field of interactive technologies.