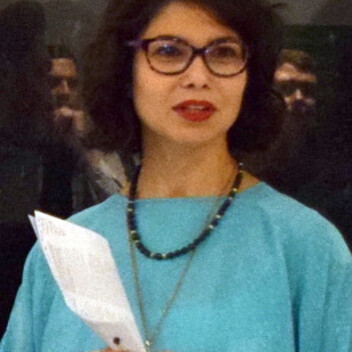 “POLITICS OF SELF-RECONFIGURATION IN CHALLENGING TIMES”

We live in a digital ecology, an environment in which previously held boundaries between media, subjects, and the physical world are dissolving. Over the centuries, various forms of contagion and immunization have allowed the existence and survival of the communities. In the last decades, and especially in the last year we have remarked that the mediation of technological devices, the internet and the social networks have played a crucial role in keeping a balance between the forced physical isolation of the individuals and distance, and their need of connectedness. In particular, during the pandemic the technologically mediated experiences have turned into the prevalent means to endure, and this have had huge effects in the emotional phenomena and the affective sphere, the perception of the self, the public display of the body, the sense of belonging through a community, and so on. Nevertheless, for years the digital sphere has provided a multiplicity of environments that individuals as users have appropriated, repeatedly outlined, and where, in turn, they have constantly reconfigured their identities and bonds. Consistently, the internet and its product have empowered the users to extend exponentially individual and collective memory across and beyond the boundaries of the physical bodies, and thus to broaden the fictional, untold narratives that memory can offer.
Within this framework, despite the hyperaccessibility to a massive variety of contents and information, in the post-truth era, everyone is able to manipulate and shape his or her own comfort zone of armonious voices and opinions, a bubble of consensus, whose consolidation is facilitated by the algorithmic settings.
The praxis-oriented seminar proposes to explore both theoretically and practically the challenges of the online sphere, and to question it as a contested place, and yet as an environment of ruptures, glitches, and thus of unknown opportunities, where forms of militancy are still to be codified. It looks at the user as an agent of transformation in the reality that he or she lives and sees online and AFK (away from keyboard). In what capacity does the online sphere facilitate or obstruct the breaking of existing forms and provide a terrain for the creation of new possibilities? What if we as users embody online the failure as a vehicle of resistance? The seminar proposes inputs for individual and collective reflections upon issues such as, the notion of belong, body and memory as the vehicles of fiction, empathy in the post-truth era, the politics of weakness and militancy, the challenges of the pandemic in comparison with other destabilizing circumstances in relation to technological devices, social networks, formal media.
Furthemore, through the analysis of artists’ works and case-studies from the visual arts and cultures, as well as transdisciplinary readings, the seminar aims to be the space where the students will develop their personal projects and statements, as well as where their approaches and work processes will be discussed. As a result of the praxis-oriented seminar, the students will present their work publically in a physical space or online.