Committed citizens are increasingly demanding participation in local projects. The involvement of urban society is also an important concern for the Berlin Senate. But implementation is not always easy: the bureaucratic effort is too high and usually only a few voices are heard.

Residents also sometimes learn about projects in their direct surroundings far too late, often only after the planning phase has already been completed and they can no longer contribute their own opinions. Yet participation is a necessary component of successful democratic structures.

DISCUS is a tool that aims to close this gap. As an autonomous mediator between the administration and the citizens, it appears in public space for a limited period of time in order to draw attention to a planned project of the city. Placed at the planning site by the administration, it takes on the task of informing everyone - politically engaged as well as those less involved in city life - about the project and inviting them to further discussion rounds or meetings.

In a low-threshold survey, interested persons are asked to give their opinion on the project. By turning the wheel, it is possible to choose between three answers. The most important information about the project, as well as counter-arguments, can then be printed out directly on the device and taken home. The main focus is on confronting other opinions in order to promote a constructive discussion culture in future events.

This opportunity for participation strengthens the citizens‘ identification with the project and their city. DISCUS invites people to express, argue or reconsider their own opinions, which improves self-esteem and strengthens democracy. 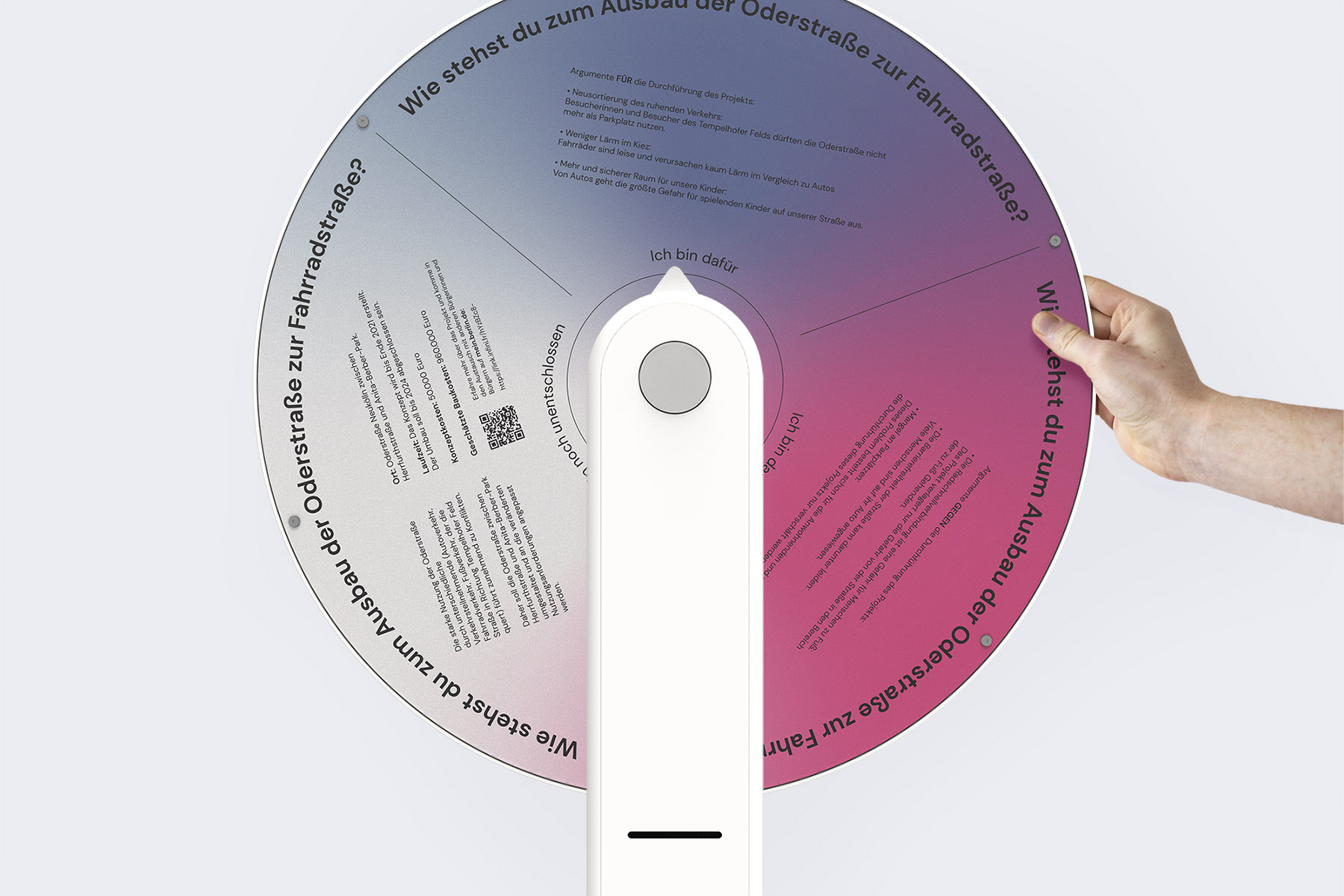 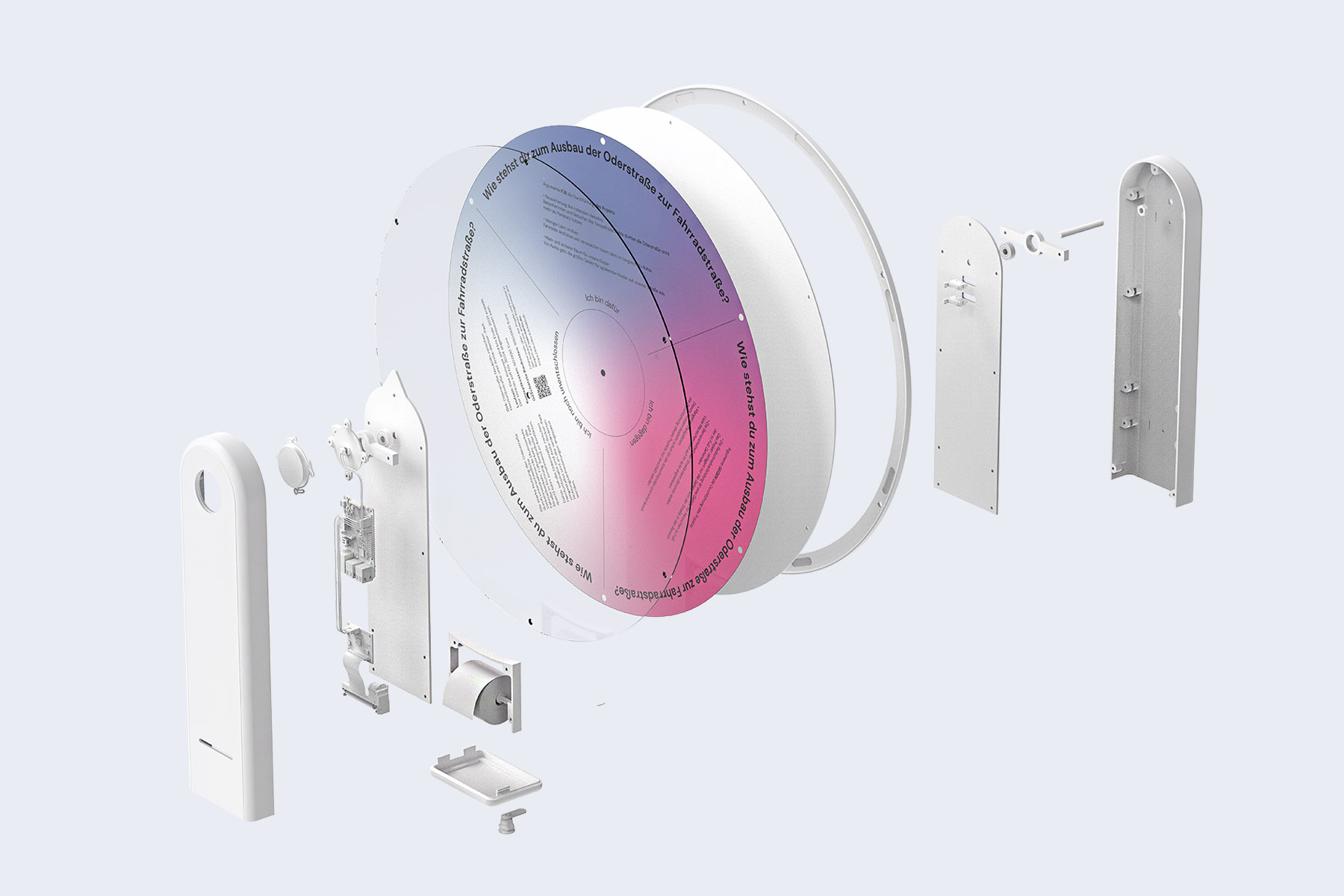 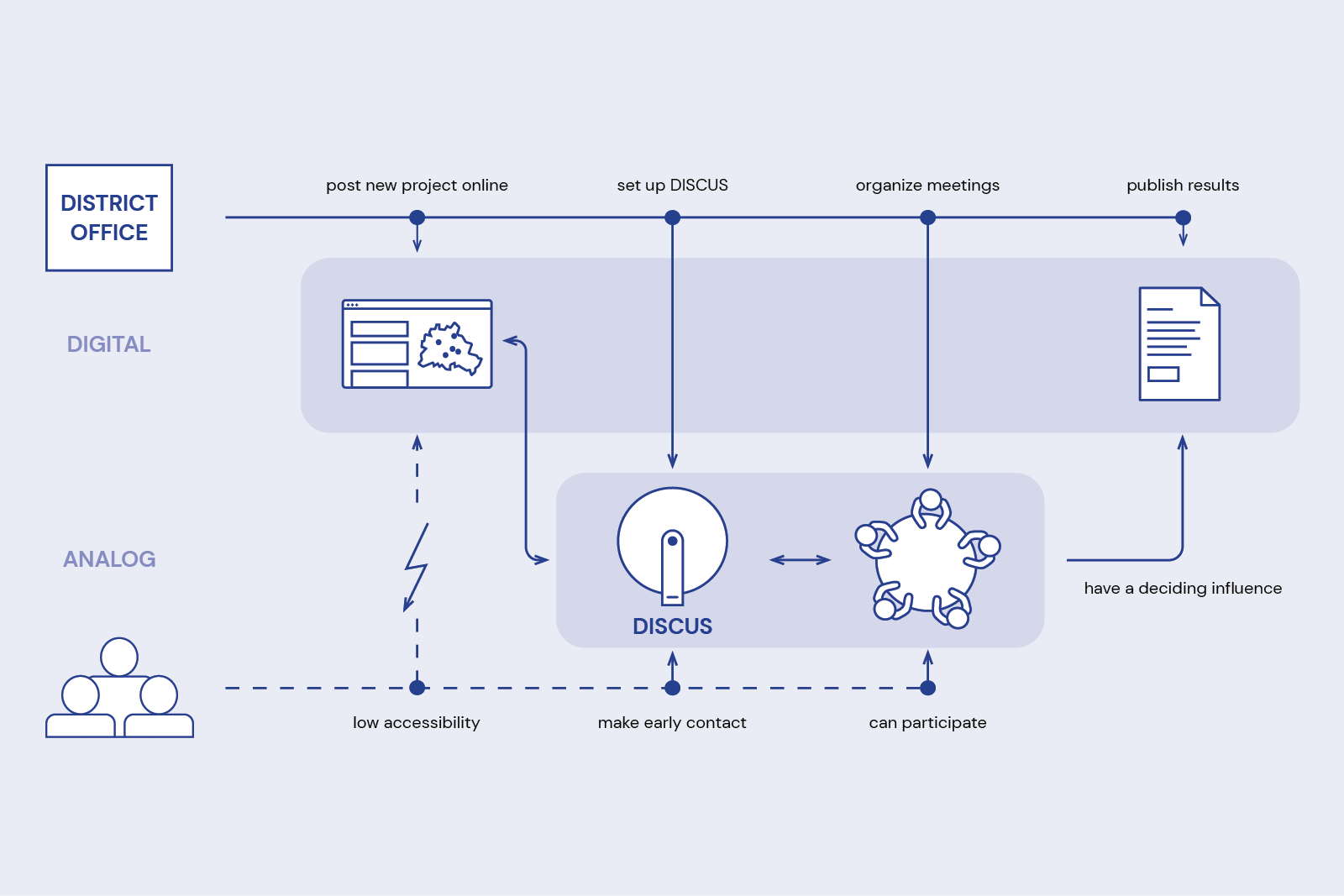 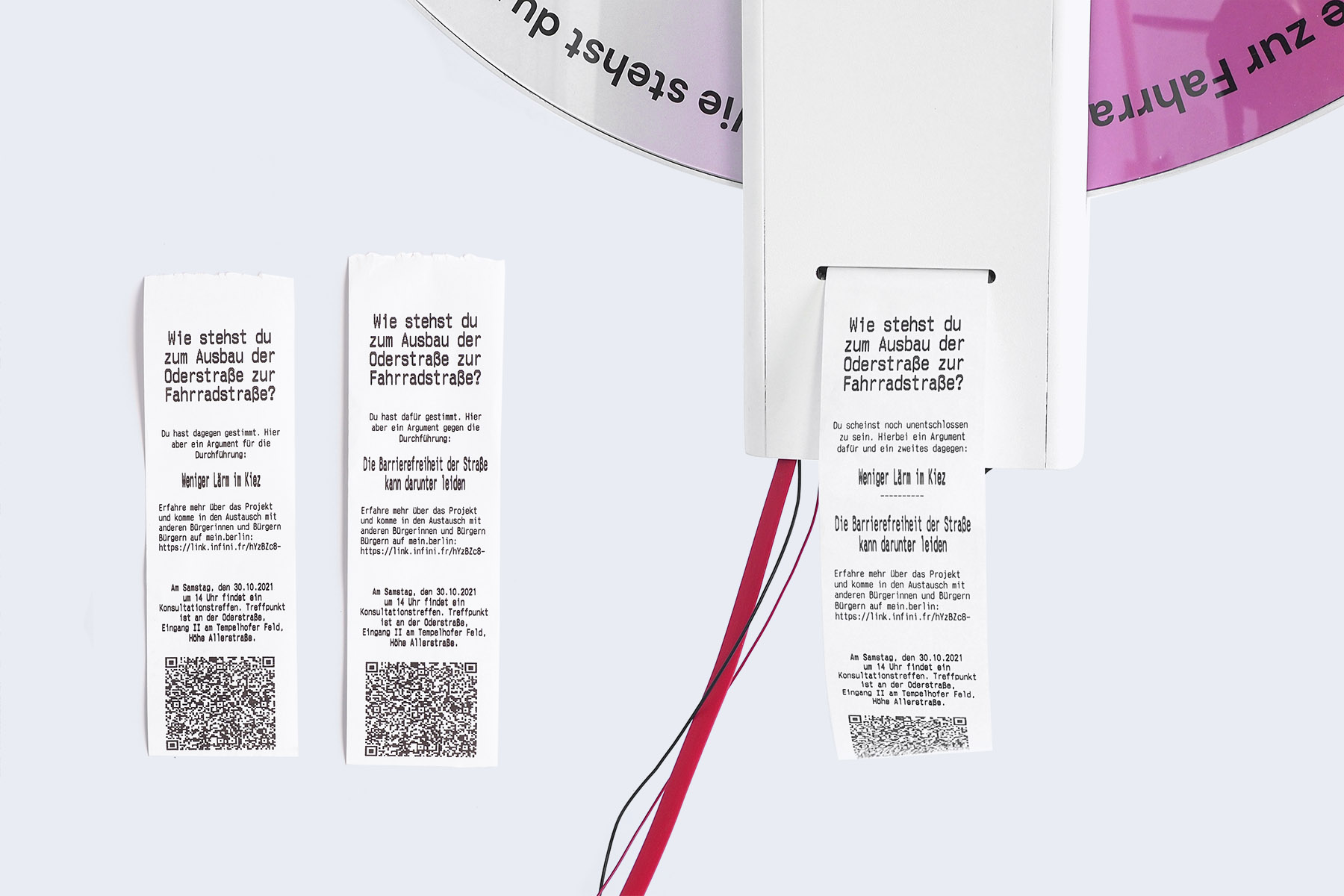