What if one could trace roughness?

A map is an abstraction derived from something, or a reaction to it, it is surely not the thing itself. The structure is surely near to the reality that is trying to be represented however the map can ́t be the territory. The trap of perception stands always between reality and us. The trial of tracing is a representation made by one, filtered by sensorial apparatus, never completely unbiased, an infinite regress, an infinite series of maps, a map of a map. Allowing texturology to assume the narrative by arranging all the components. Topography gives us a detailed graphic representation both, culturally in the decisions made and naturally in its effects.

Biomimesis is a proposal of collaboration with nature, where the study of the biological systems, its structures and functions will influence the design strategies, using nature as a model.

Based on the savoy cabbage leaf, its physical properties and its vascular system, seeing it like a physiographic illustration, this project is a proposal to travel through the structural possibilities of textile manipulation and its conceptual provocations. A topographic map, made in the manner of Borges ́s, conscious of the tragic uselessness of the perfectly accurate. On the other hand aware of the topography also existent in the human neuroanatomy system, where surfaces are represented by ordered projections sent by the diverse sensory receptors, as the retina or skin, to the central nervous system. The focus is on the strong roughness of the cabbage leaf seen like a mountain range screaming for haptic experiences.

This project is an attempt to understand materials and structures through the diversified and innovative use of different material revealing new properties. A resemblance to the core of Bauhaus design, studying the behavior and the inherent characteristics of different materials. A break through the visual plane using the random principle as a strategy as one sees in nature. An attempt to create a textile based collection. An invitation to an allegoric walk in zoom, in and out, of the cabbage leaf, intersecting its dimensions. 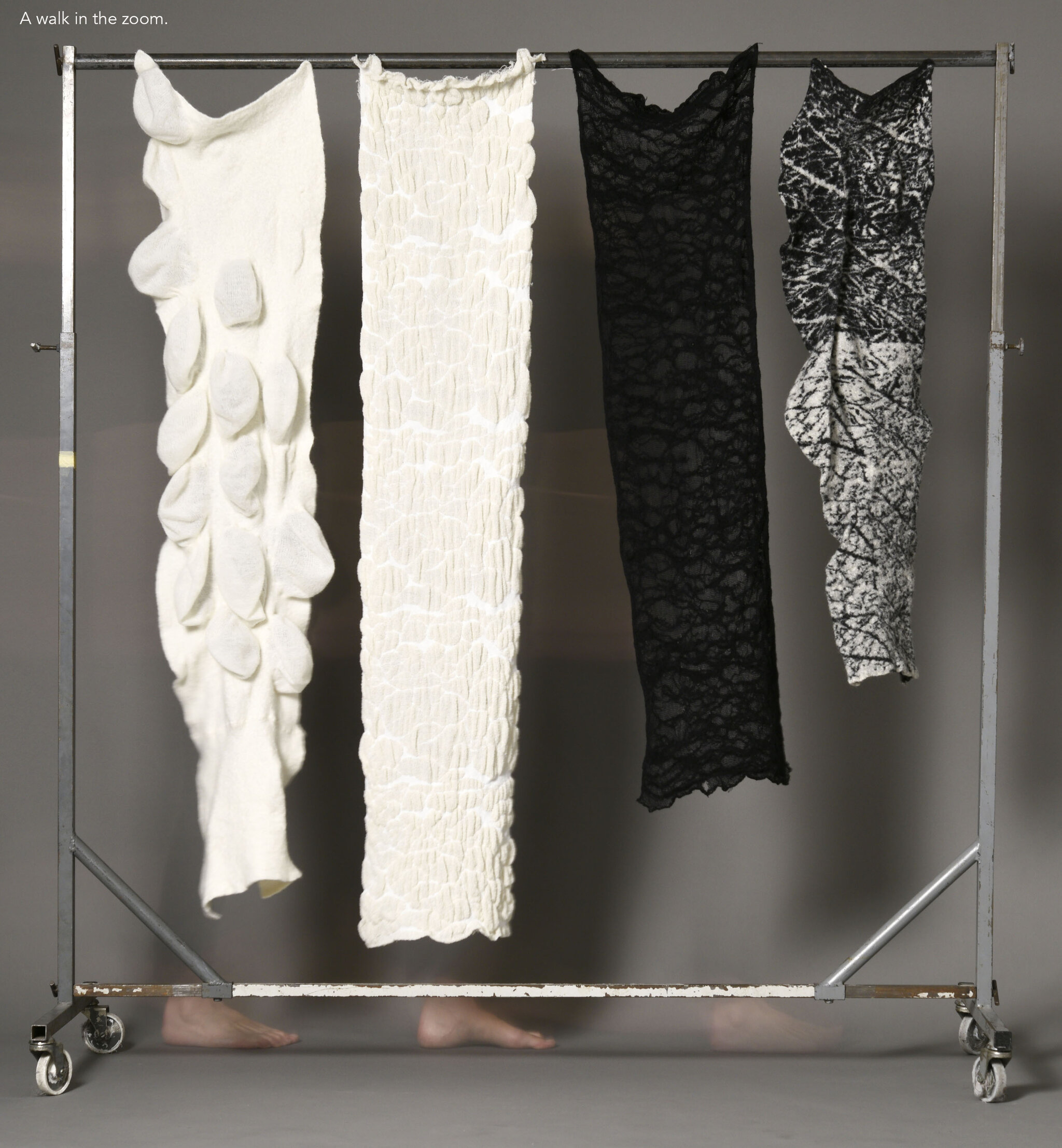 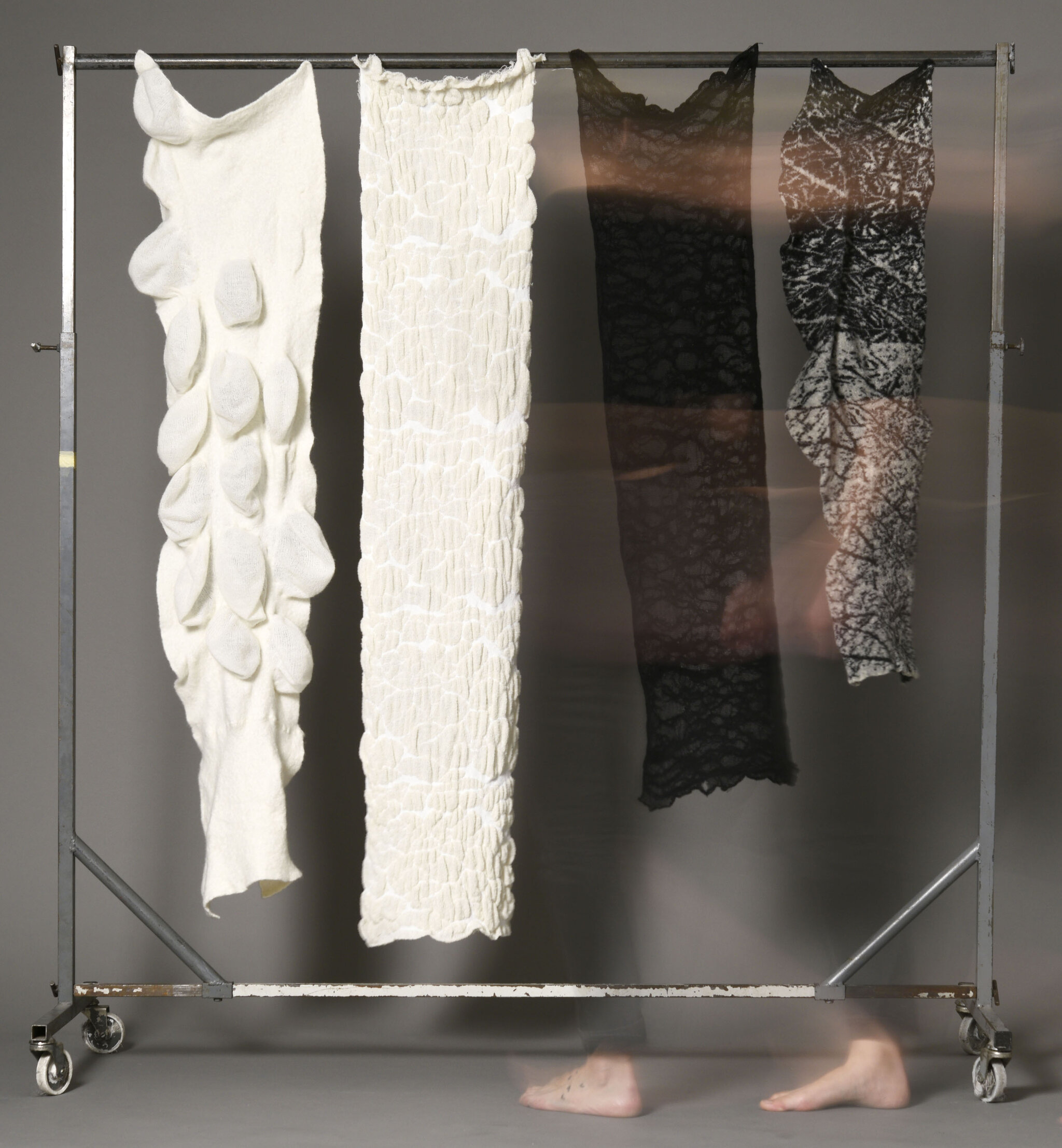 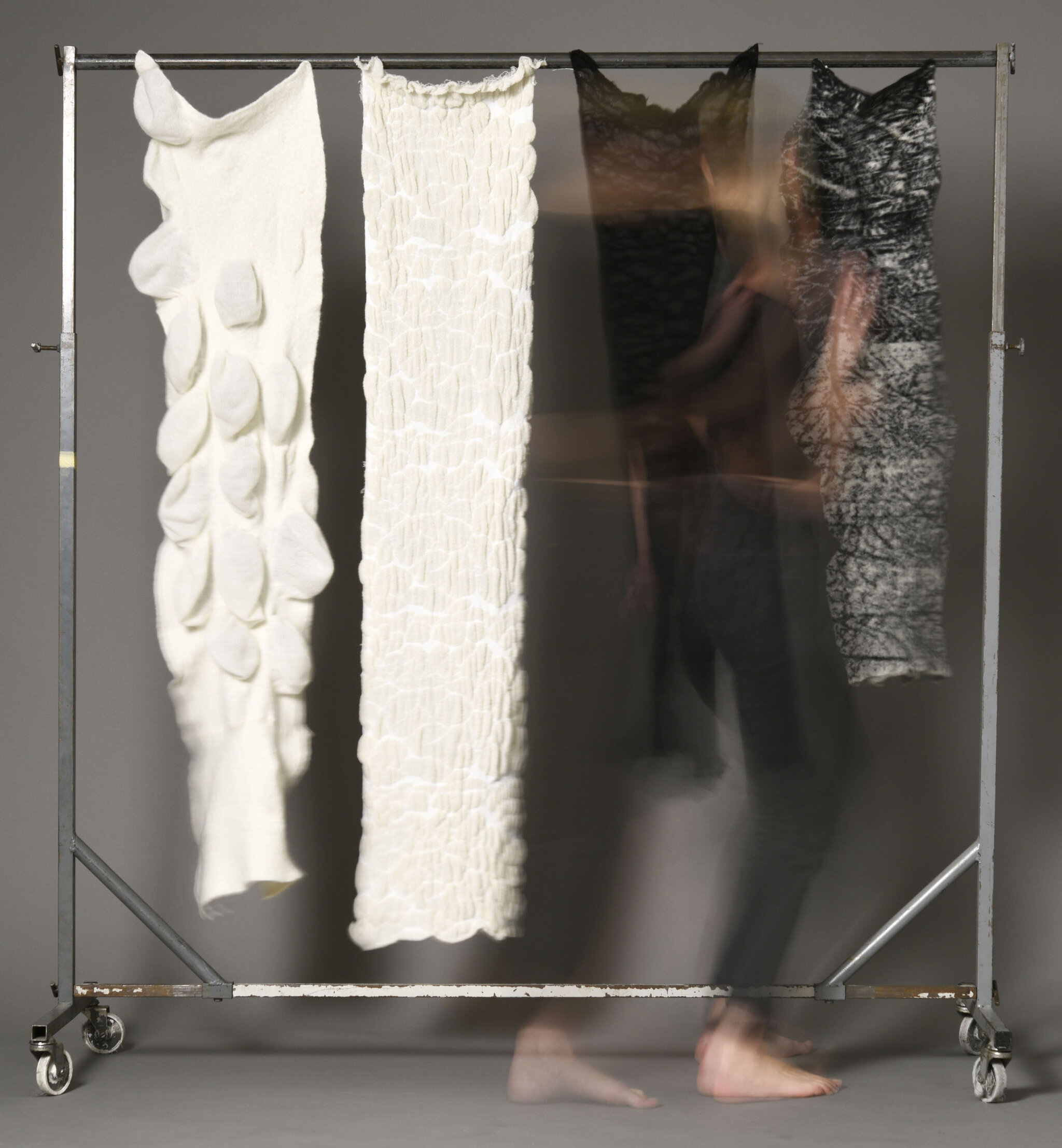 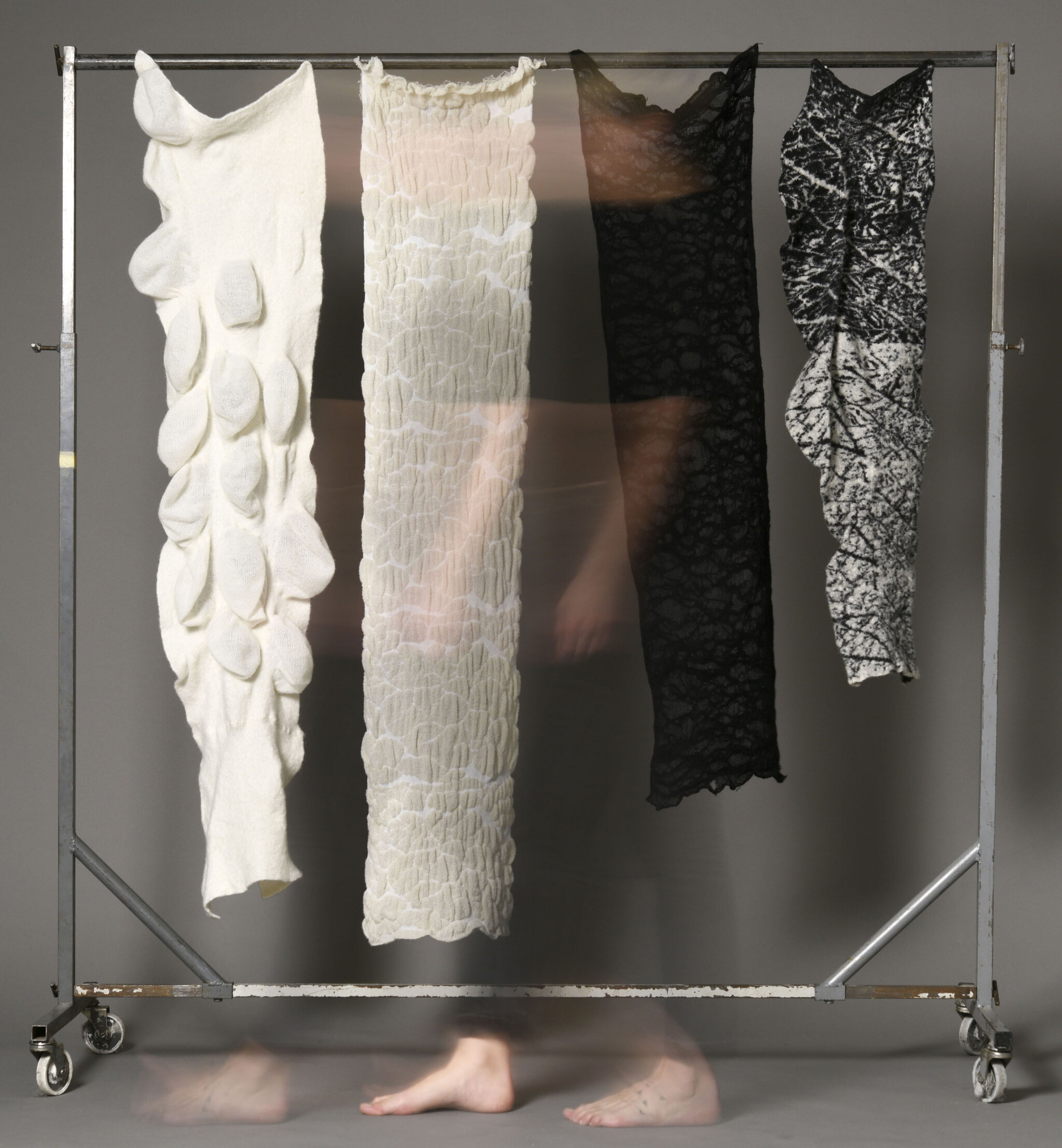