The role of the art curator gained importance during the last 20 years, following by interesting experimentations in the 90’. The main curatorial impulse was re-exploring urban public space.

Another major characteristic was the dominating political engagement. This combination of sociopolitical site specificity called for a more performative art since social and political issues usually evolve people and relationship in the public realm. This Master is a practice based research which deals with the discursive field of curatorial practice of site specific performances action and intervention in the public realm. The purpose of the theoretic part was to find out what are the existing common strategies or models to curate performance, action and interventions in public space. For the practical part of this study I curated art project at the Holocaust Memorial for the murdered Jews in Berlin. I have invited the Israeli artist and performer Moran Sanderovich, the German performerproducer Birgit Auf der Lauer and the Argentinean artist, curator and producer Valeria Schwarz to develop projects at the memorial. This results a night guided tour, a performance and intervention. 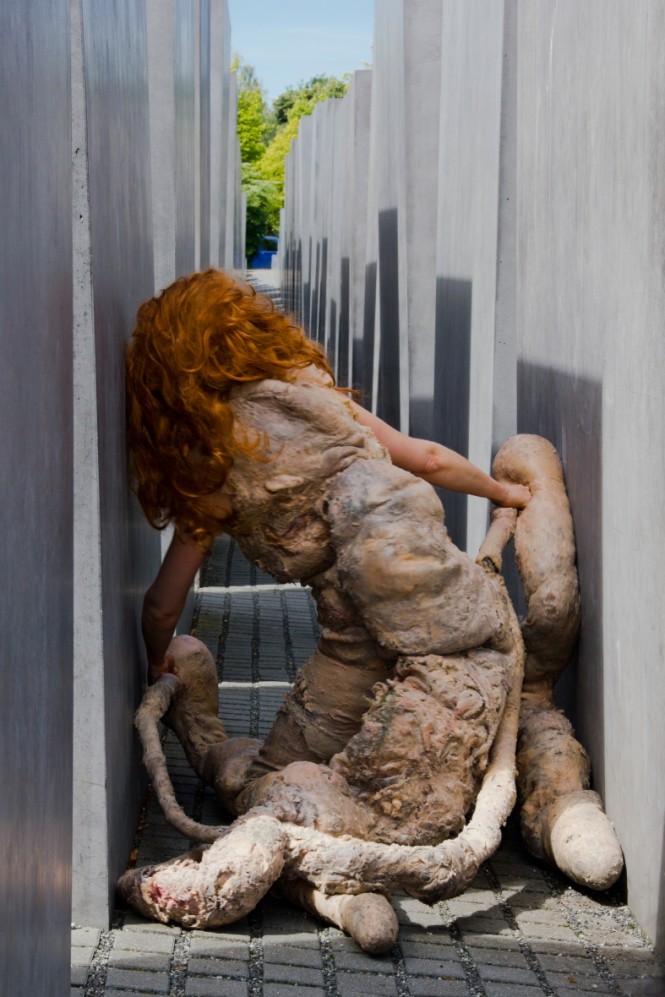