At a video rental store on an unspectacular corner in Berlin,

a clever adjustment has taken place.

On the store window, two half naked promo-figures pose, one covered in a latex-one-piece suit, the other topless. We gave them clothing that better suits the season — in this case, the „Russian cold“.

„ … Against the cold and in some way also against sexism.

Or maybe against sexism and in some way also against the cold?!"

for young talents in design and architecture 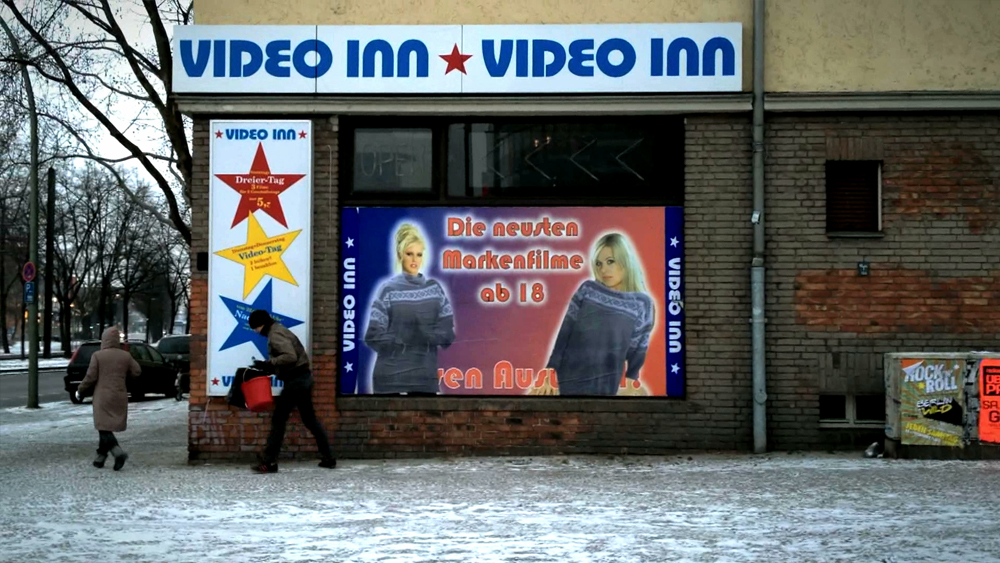