From the many fascinating animal skins interacting with light, in

model. These are characterised by two interesting optical effects:

they are all composed of numerous little overlapping scales, which

reflect the light thus helping to produce their particularly vivid

colours and they are iridescent. Each of the many streaks that

composes a scale, reflects the light in its own wavelength. Thereby

the colour can change depending on the viewing point.

The aim of this project was to develop artificial surfaces not

only with a similar appearance and texture to that of butterfly

wings, but also with similar optical properties. The original

laser cut patterns, which achieved depth through an integration of

They remind us of regular natural scale structures and at

the same time clearly present a high-tech character, which is also

due to the selected materials - Nylon, Lurex, transparent paper,

responsible for the optical behaviour of the surface, reflecting

or absorbing light, or even playing with iridescence. By transferring

the model into textile, the possible effects become numerous.

Textile here is interpreted as a »reversed« screen. Unlike the

technological screen, which emits light, it receives light. A

perceptive experience created by the interactivity of textile and

light is proposed. The projection screen is part of the visual

play as the material element, which is a condition of its physical

Project »Light and Scales« takes the screen and the butterfly

wings as generative models, and transforms them into new membranes,

which integrate their functions and at the same time are

practically and intelligibly new concept on their own. These

membranes create an interaction between material and surroundings

(light, wind, visual/spatial conditions). They can only take place

in an environment where the light is used in a very conscious way. 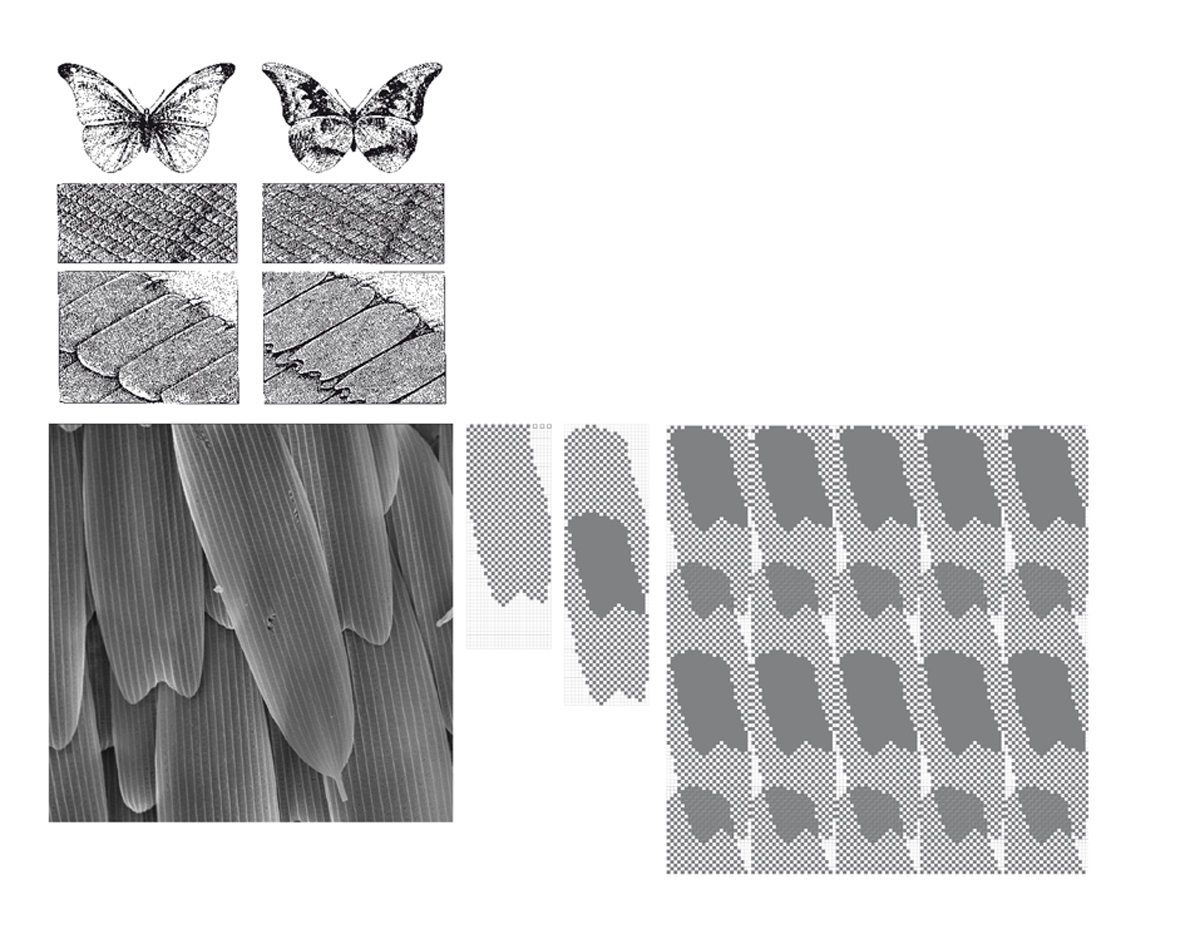 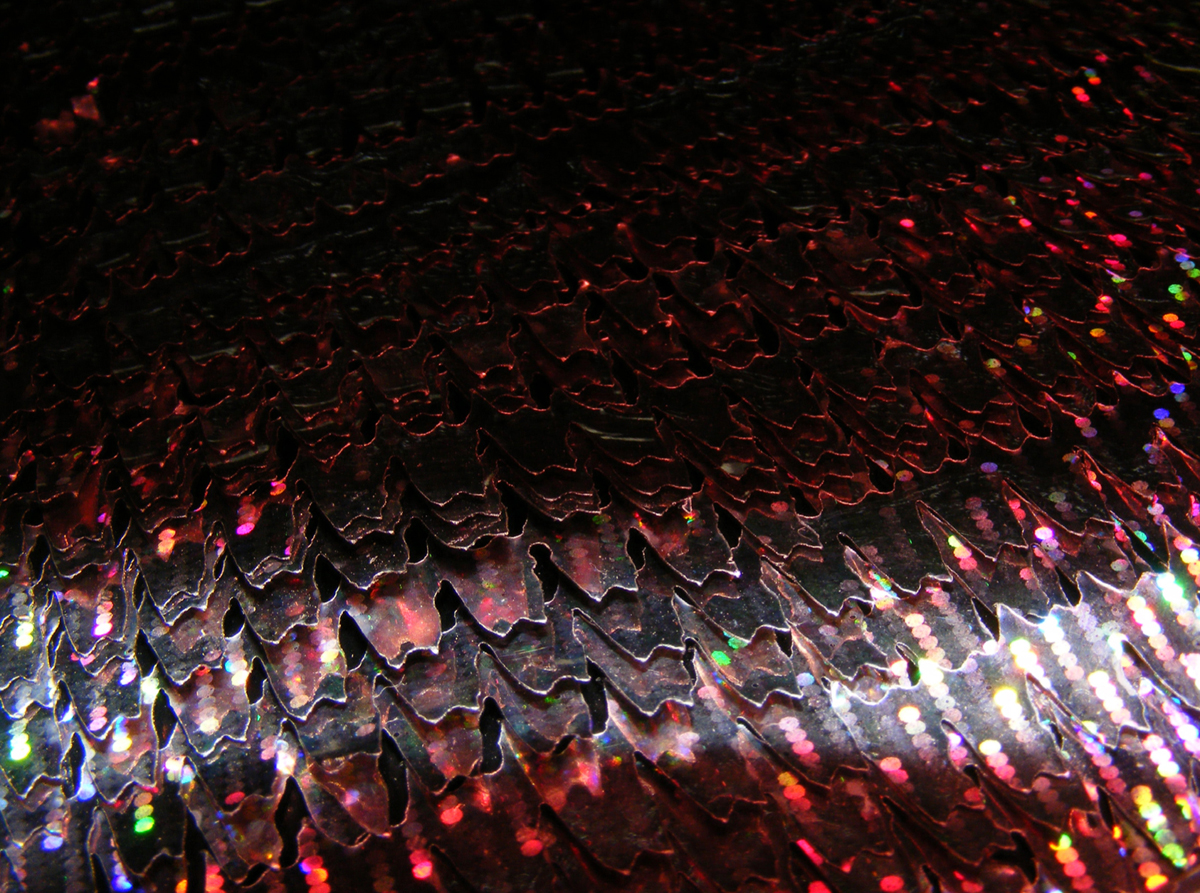 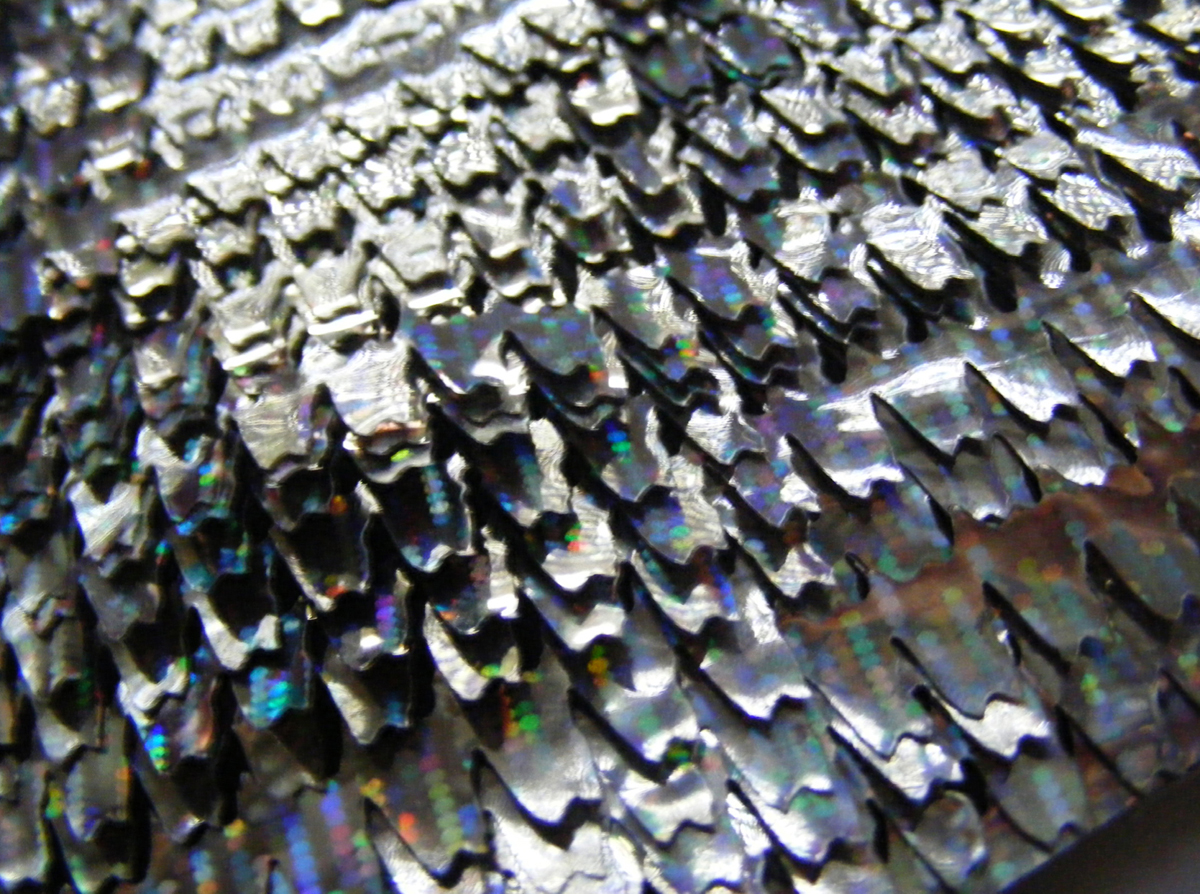 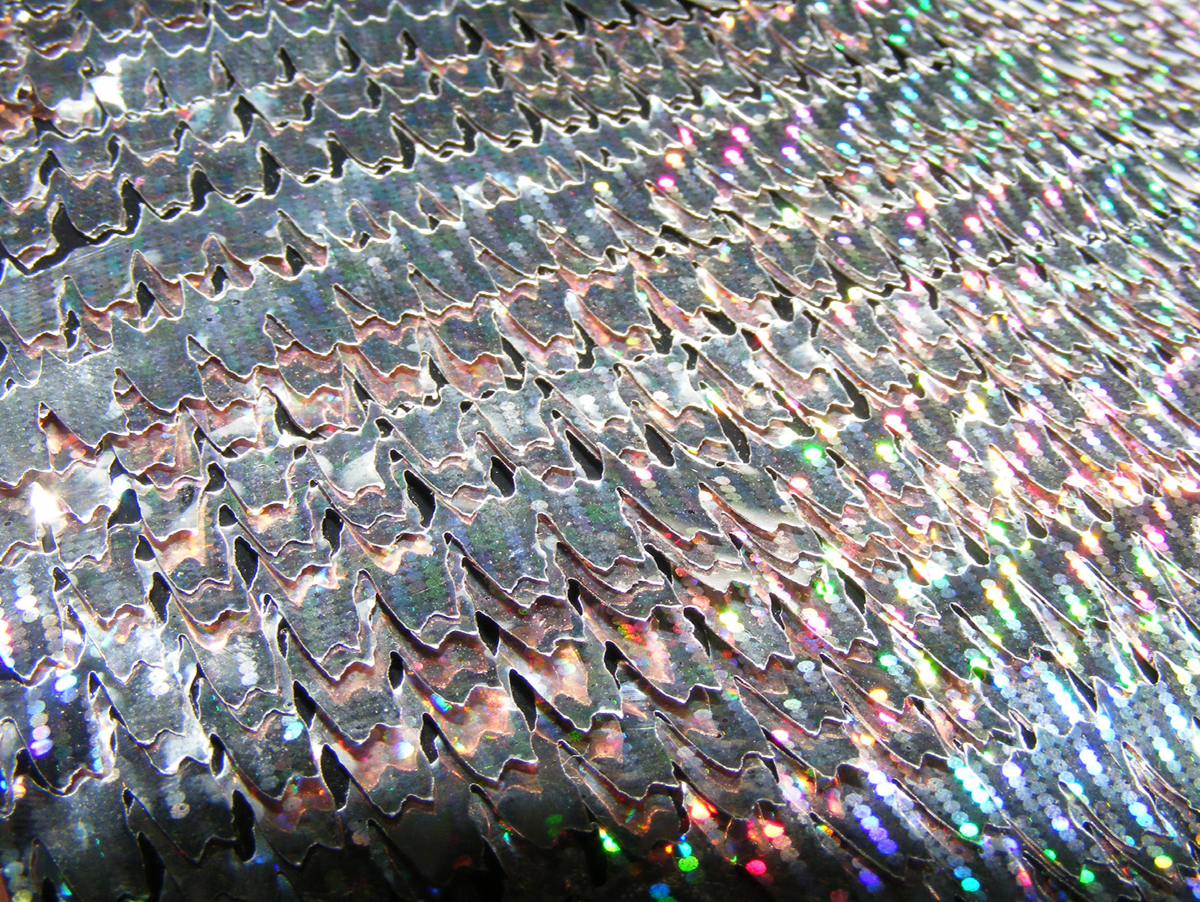 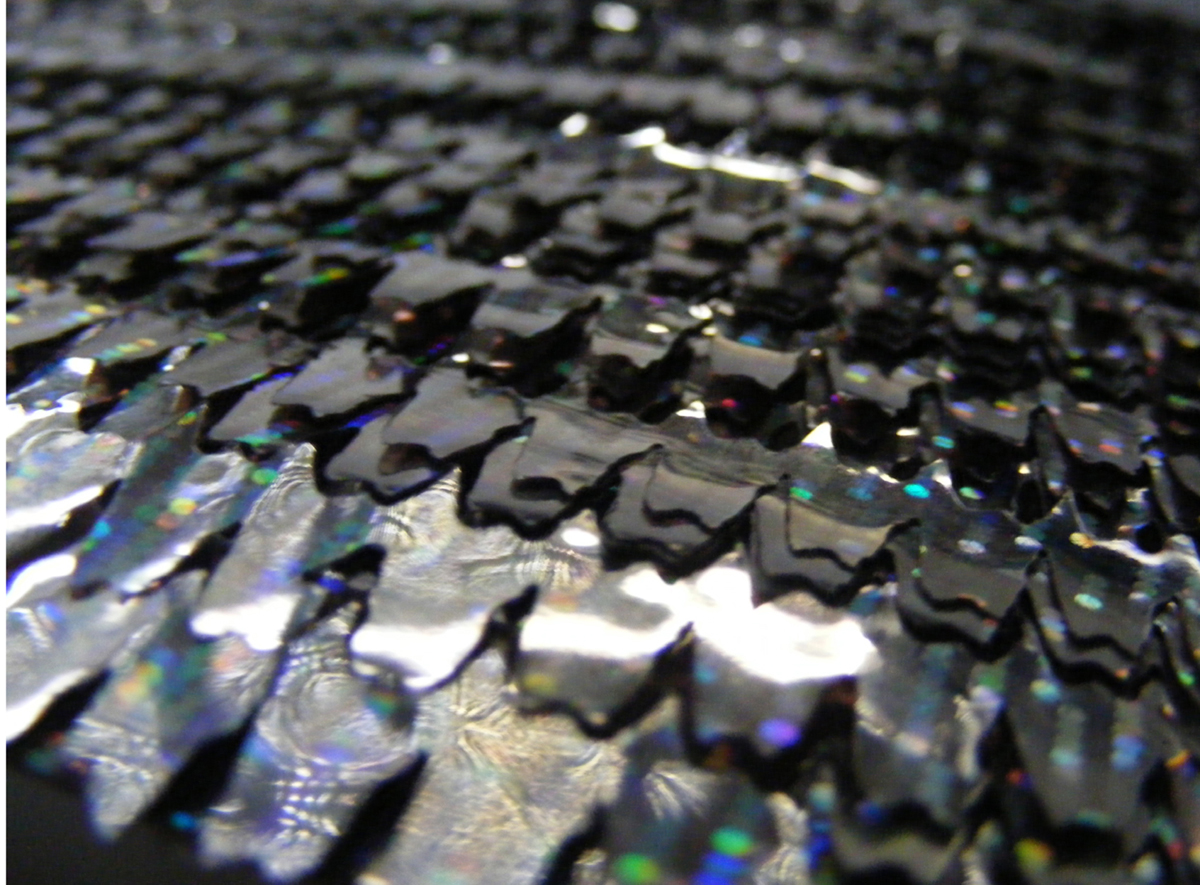