Under certain conditions mould can grow on the surface of food, clothes, walls etc. it can take different shapes, patterns and co- lours and is part of the process of corruption and degradation of the natural substance. its appearance is revolting to us. it has a bad, musty smell, and is often harmful to human health. No wonder that we generally avoid and detest mould. But on the other hand, as part of a natural biological cycle, it is also an indispensable element to maintain our living environment.

Cloth in general has a certain value, and the design of clothes intends to increase this value. in contrast, if a cloth gets moul- dy, it loses its value. This is the starting point of the project. By combining a design approach with the use of mould, it attempts to address and question our ideas of value and beauty. its inten- tion is to challenge and extend our one-sided perception of an assumed negative and non-aesthetic phenomenon.

The growth of mould is a process easy to initiate. Series of ex- periments were carried out - mould was grown on several carriers, like cloth made of wool, cotton, silk, linen and leather, combined with mashed apples and gelatine or potatoes and yoghurt, exposed to varying degrees of heat and humidity. These experiments genera- ted a number of different appearances of mould, with colours ran- ging from green to yellow, orange, pink to brown and almost black, and also more flat or more voluminous surface patterns and shapes. They show an aesthetic richness usually disregarded or overlooked.

To develop these experiments further, the mould was made to grow creating various patterns such as polka dots or floral all-over designs. Due to the poisonous substances they emit, they are enc- losed in acrylic boxes, which make them look like they are being grown in little greenhouses. The rich surface patterns created, utilising mould, stimulate various aesthetic expressions that ran- ge between very old and decayed looking surfaces, highly intrica- te colourful patterns of a breathtaking beauty or pure biological processes looked at under laboratory conditions.

The speculative long-term idea is to make artificially grown mould applicable for concept clothing or fabrics. The task is to make the traces of mould grown on a textile durable and not dan- gerous to human health. it is intended that through the careful manipulation of the surfaces in combination with mould the associ- ation of the »bad«, »dangerous« and »ugly« mould would temporarily disappear. The resulting textile is fully usable and plays on the contradiction of positive and negative perceptions thus bringing up universal questions of value and beauty. 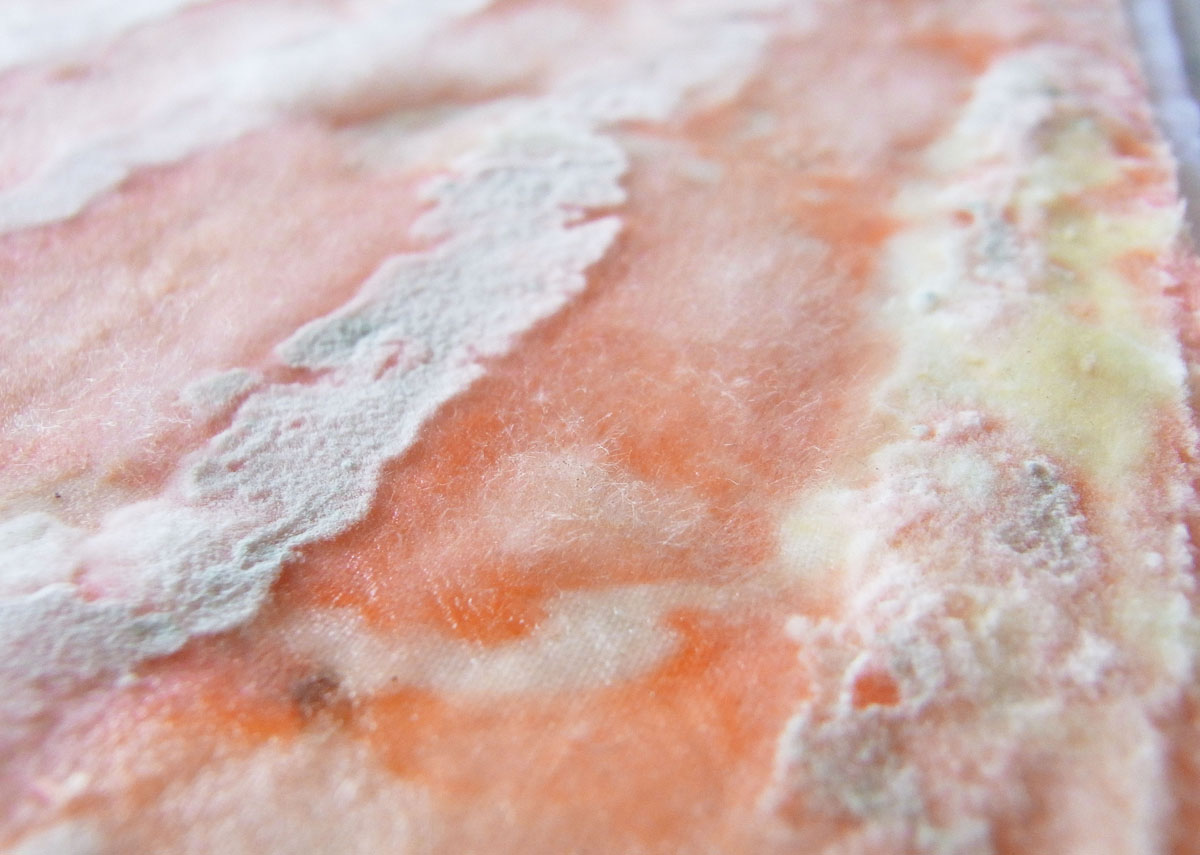 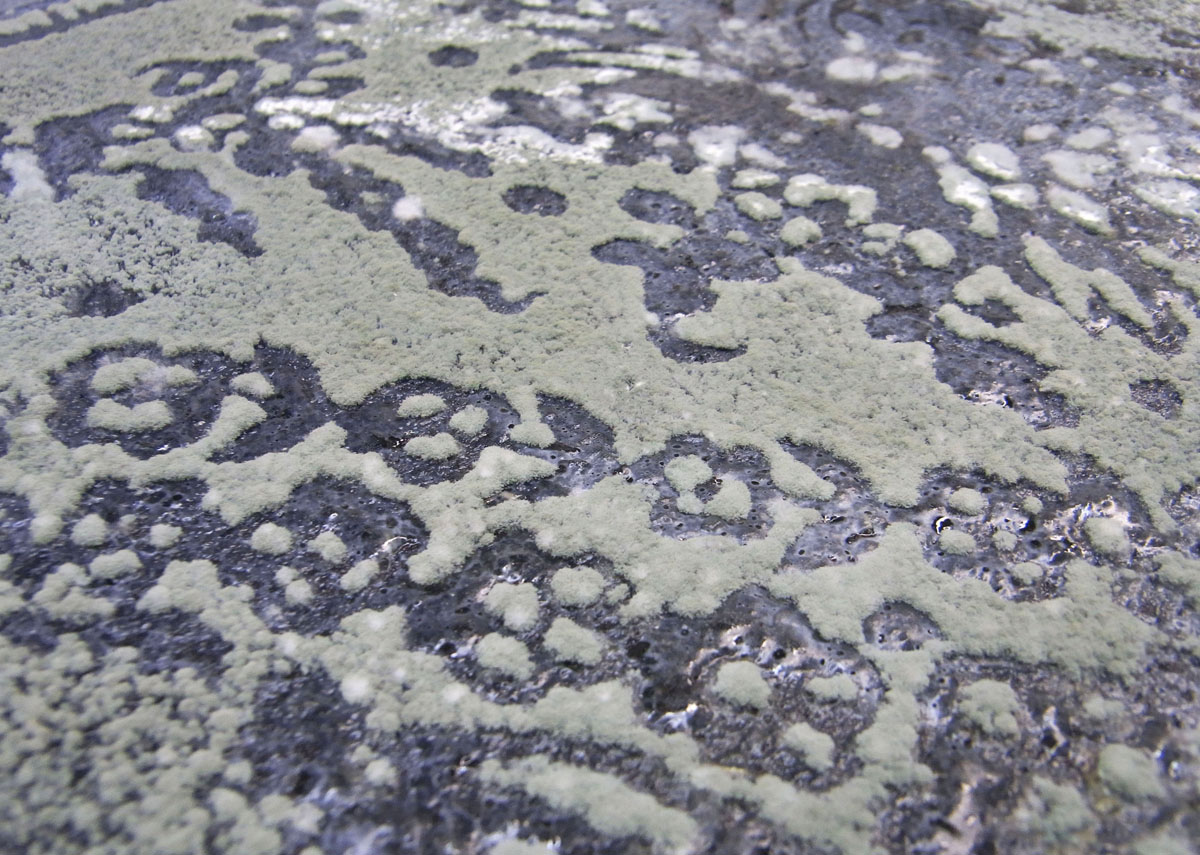 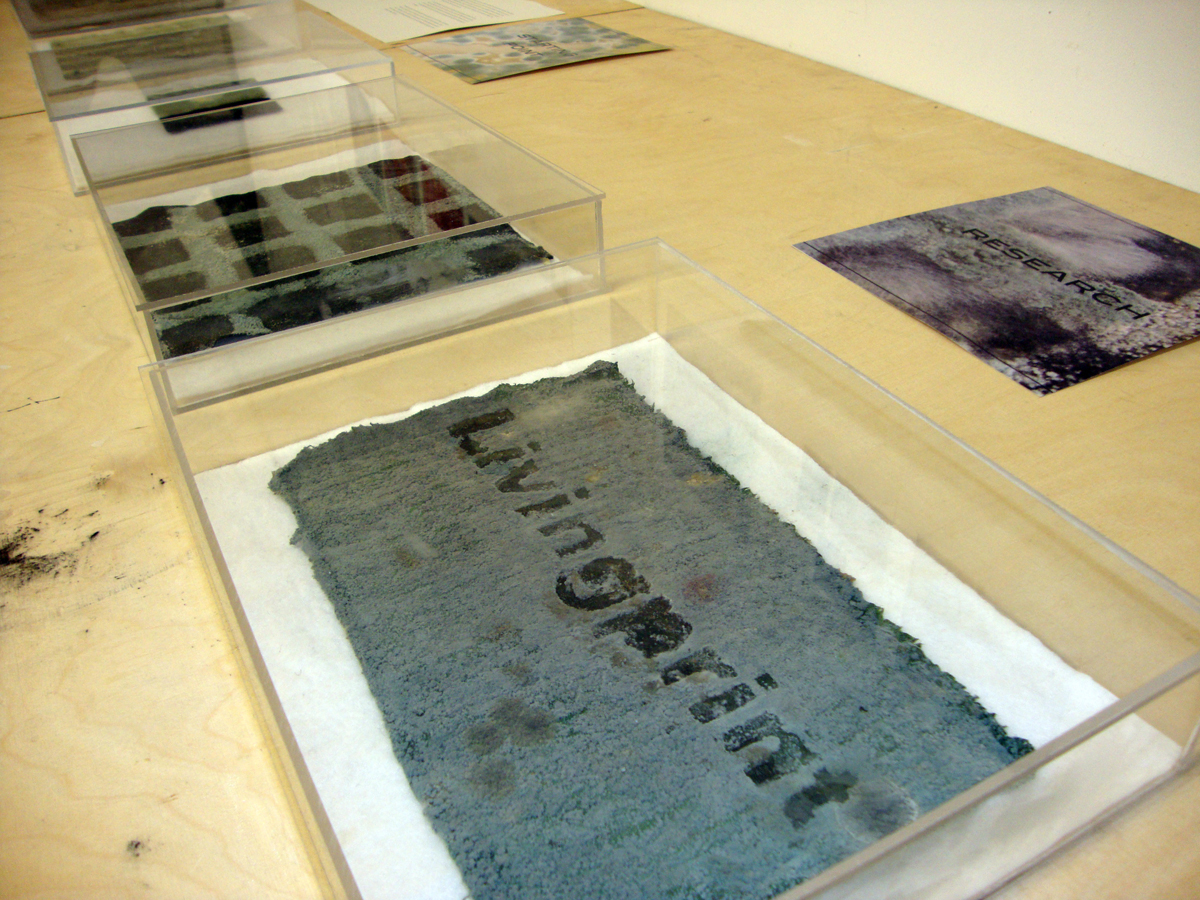 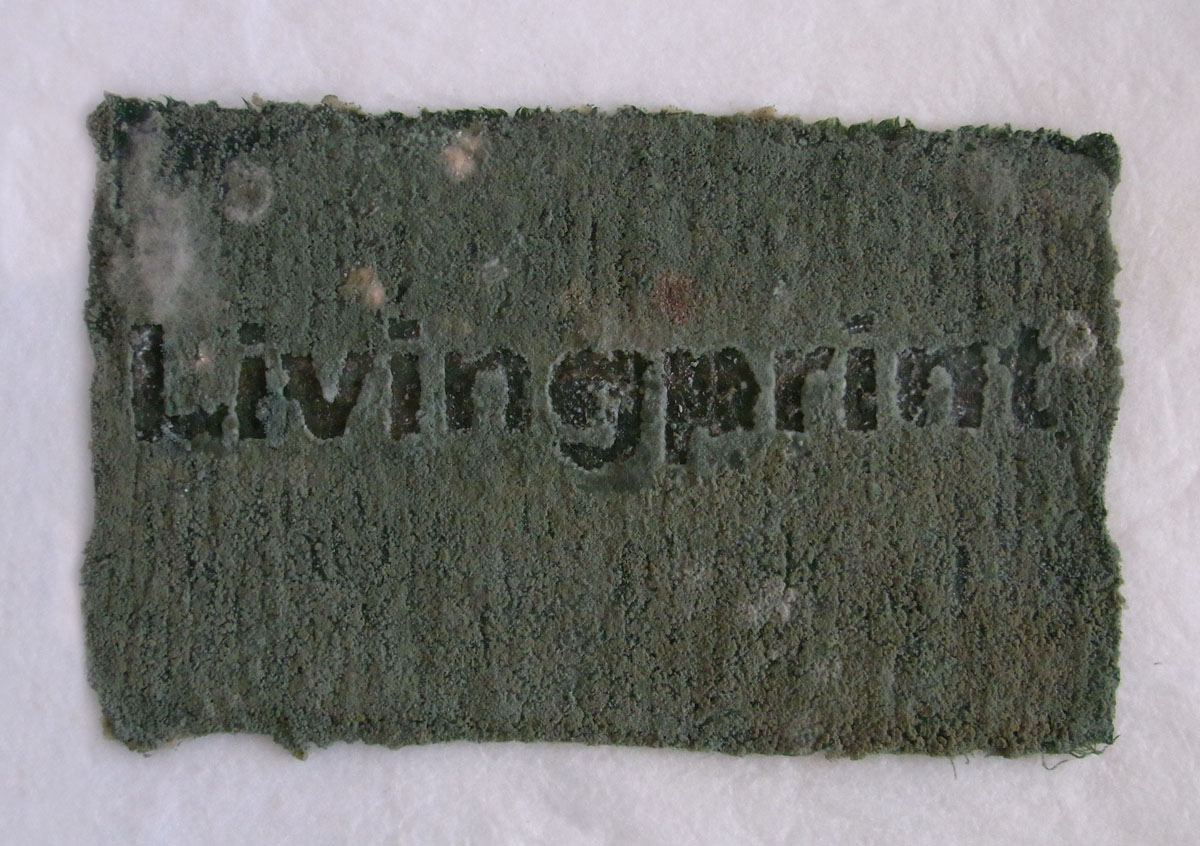