As with my Bachelors thesis project, I decided to continue to focus on the topic of

families for my Masters. I wanted to continue exploring this intricate, enigmatic, and

not easily categorizable societal structure that is the family. I, for one, I had always kept

my distance from this topic; I believe this is the reason why I am now working on this

project—to finally confront the subject I had always avoided and averted my eyes from. It

was discussed on TV, in magazines—everywhere I turned, a trend called “konkatsu” was

make you a loser in society. So what exactly is konkatsu? Konkatsu is the proactive

partaking in matchmaking activities with the intention of getting married. Konkatsu

registering with marriage agencies and online konkatsu sites. For my project, I

photographed myself portraying more than 60 men that I had met at konkatsu parties. In

doing this, I very much had Roland Barthes’ “four image-repertoires” of portrait

photography in mind: “The portrait-photograph is a closed field of forces. Four imagerepertoires

intersect here, oppose and distort each other. In front of the lens, I am at the

photographer thinks I am, and the one he makes use of to exhibit his art. In other words,

a strange action: I do not stop imitating myself, and because of this, each time I am (or

let myself be) photographed, I invariably suffer from a sensation of inauthenticity,

sometimes of imposture (comparable to certain nightmares).” Playing all the roles and

the men I was portraying. In other words, I felt I was able to fulfill my desire

of being seen in a certain way by recreating the men that I had met as closely as possible.

My interest was spurred further by various studies, such as sociologist Charles Cooley’s

theory of the “looking-glass self”, in which one understands oneself through the

perception that others hold of them. Based on this, I have decided to place the monitor

behind a one-way mirror, so that the viewer, without realizing that they are sitting in

front of a monitor, is forced first to look at their own reflection before the images are 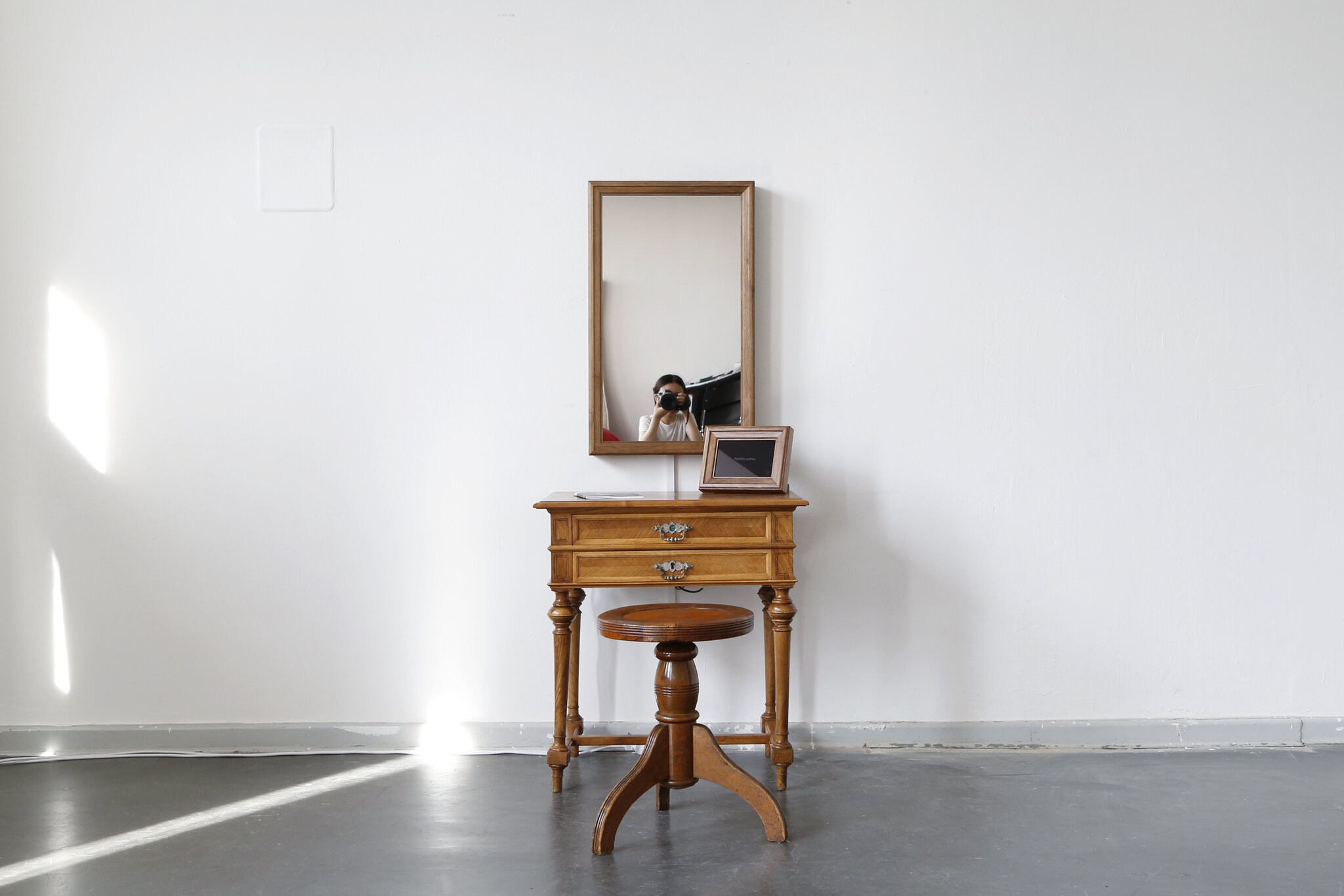 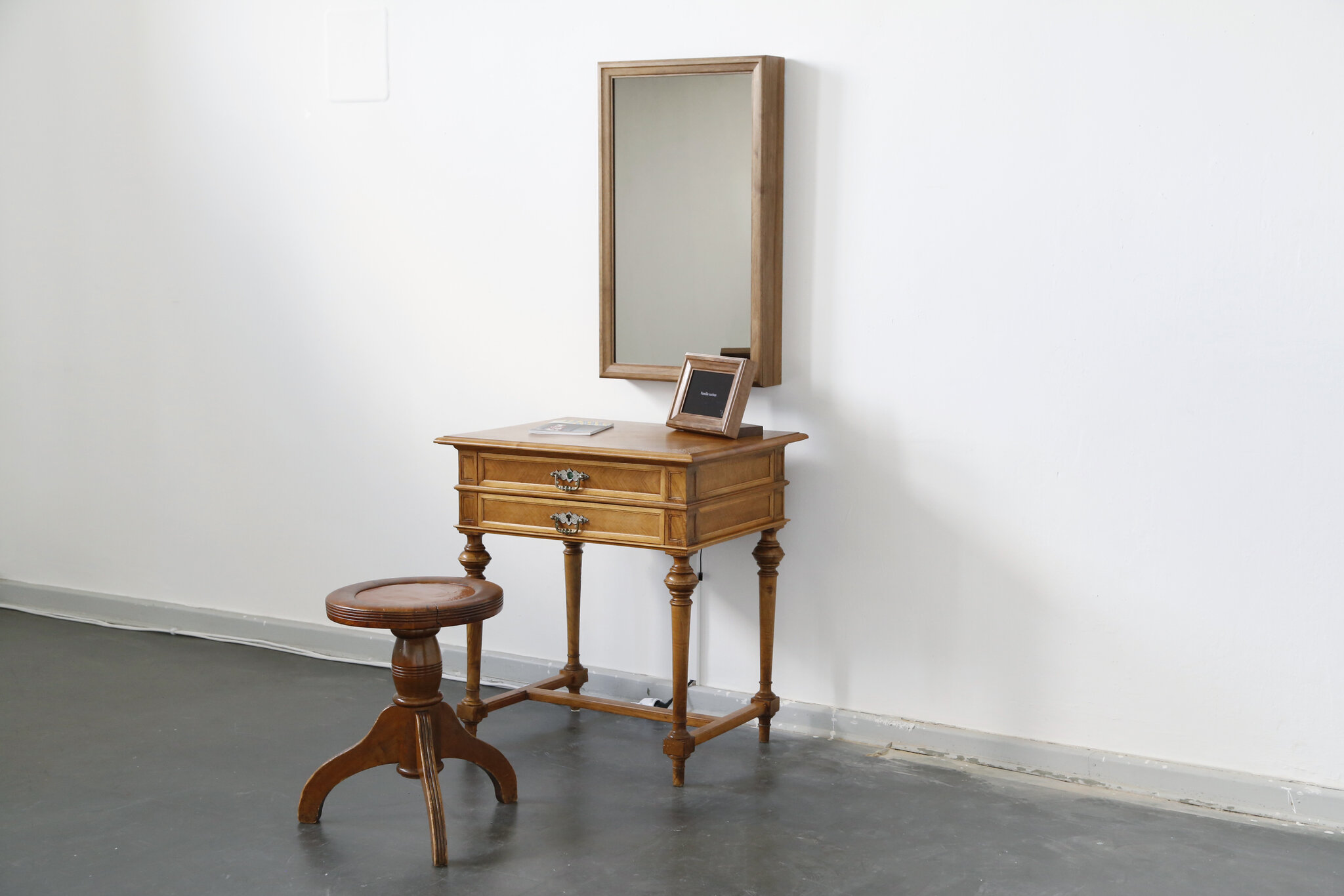 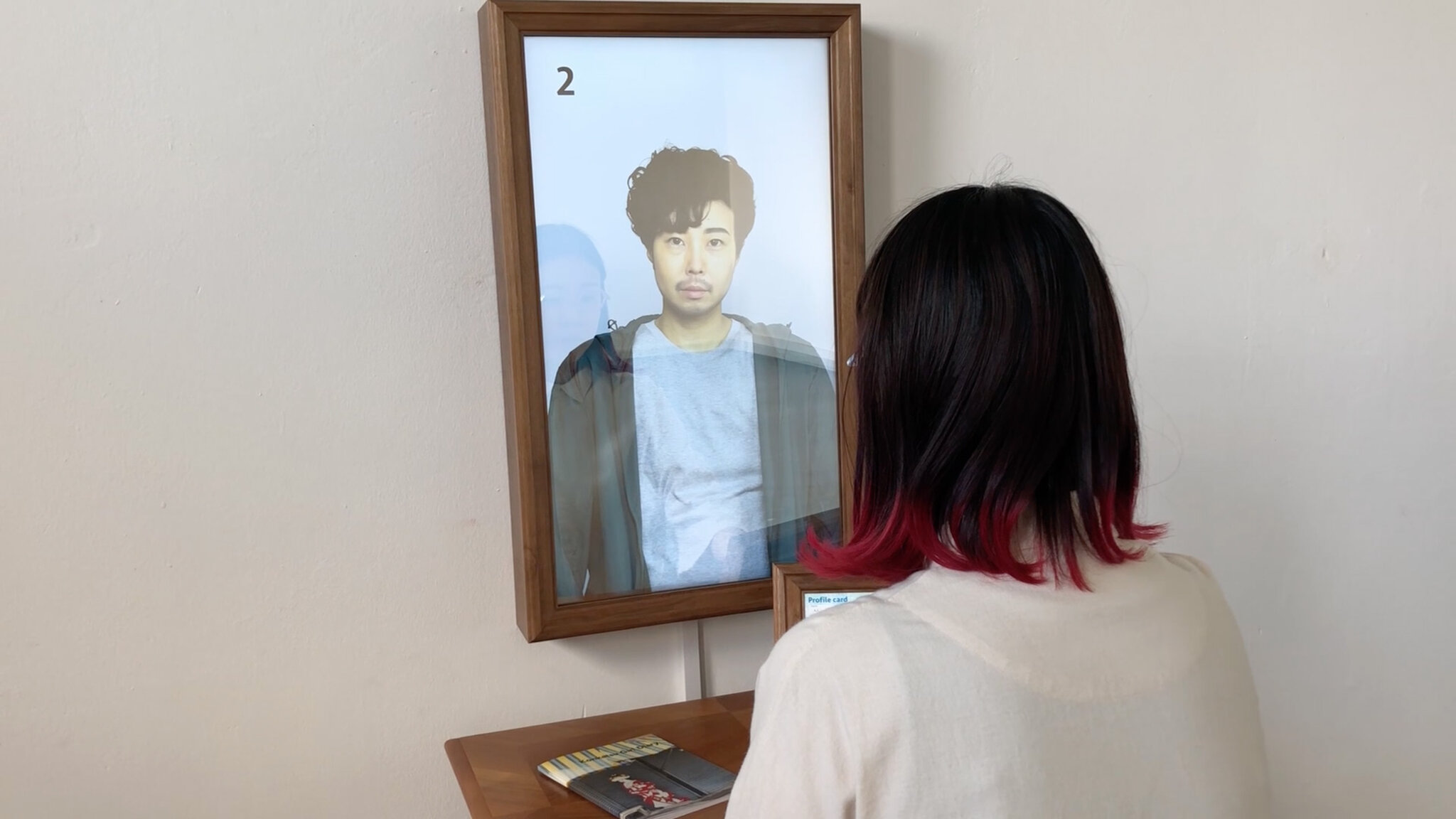 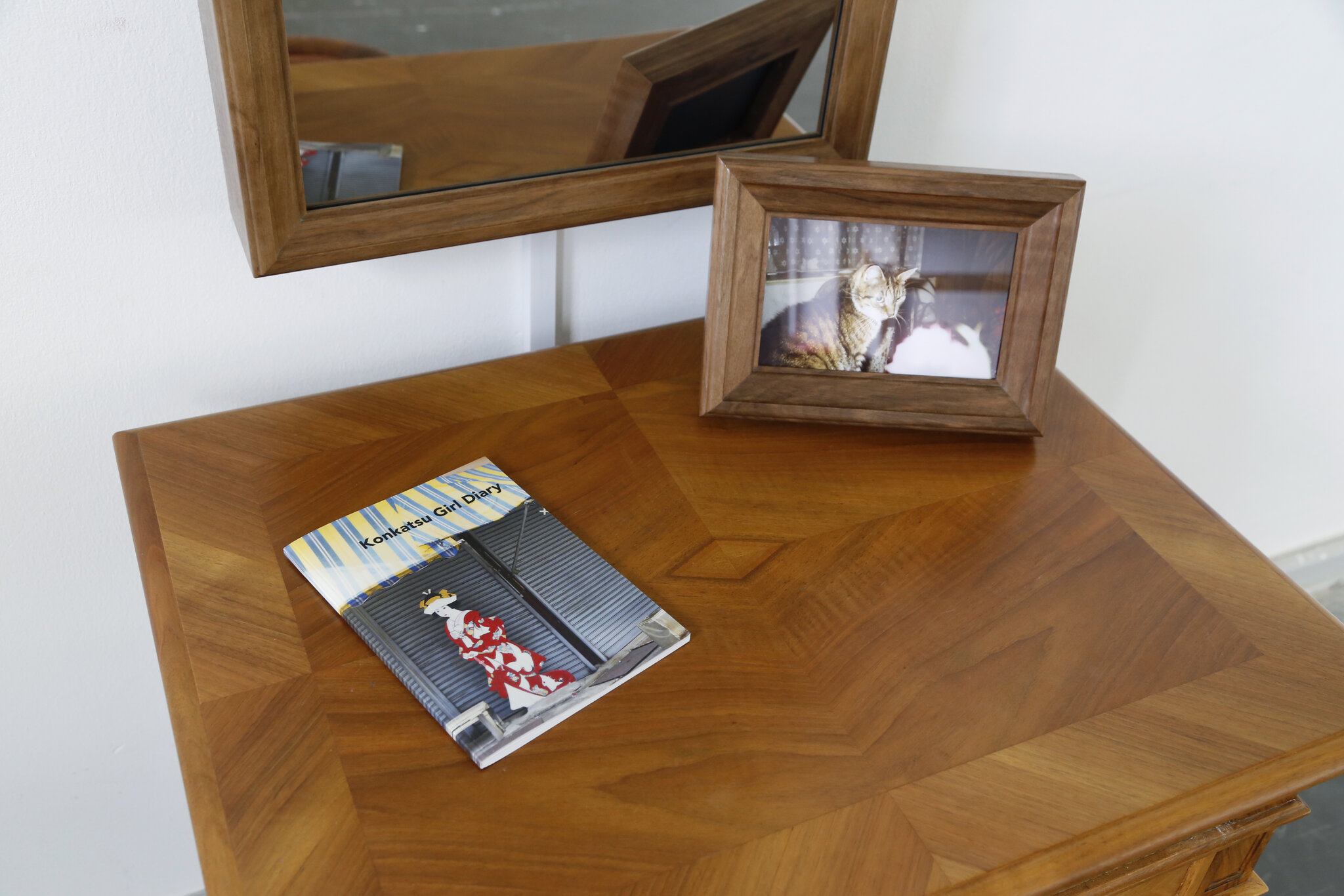 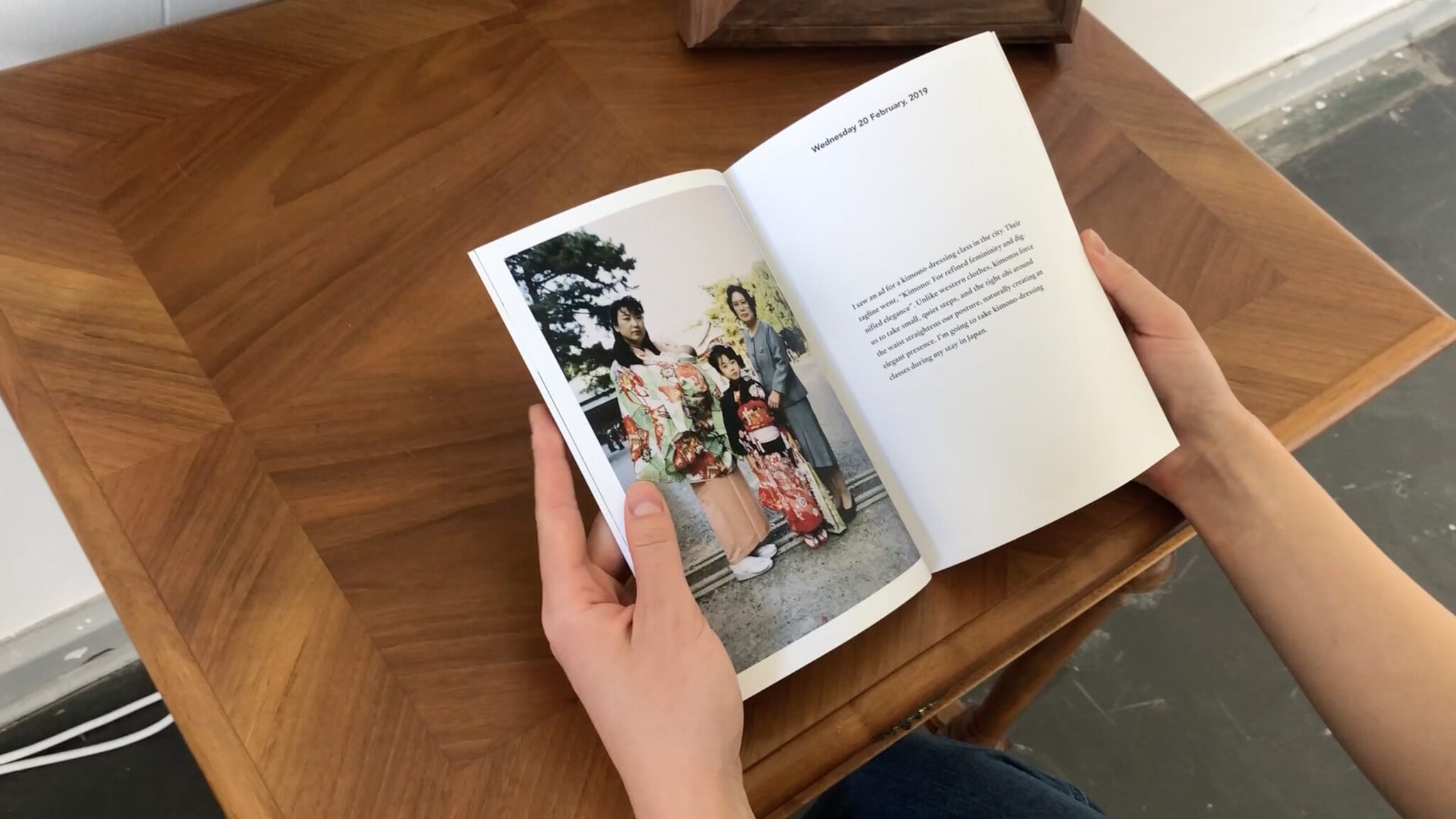 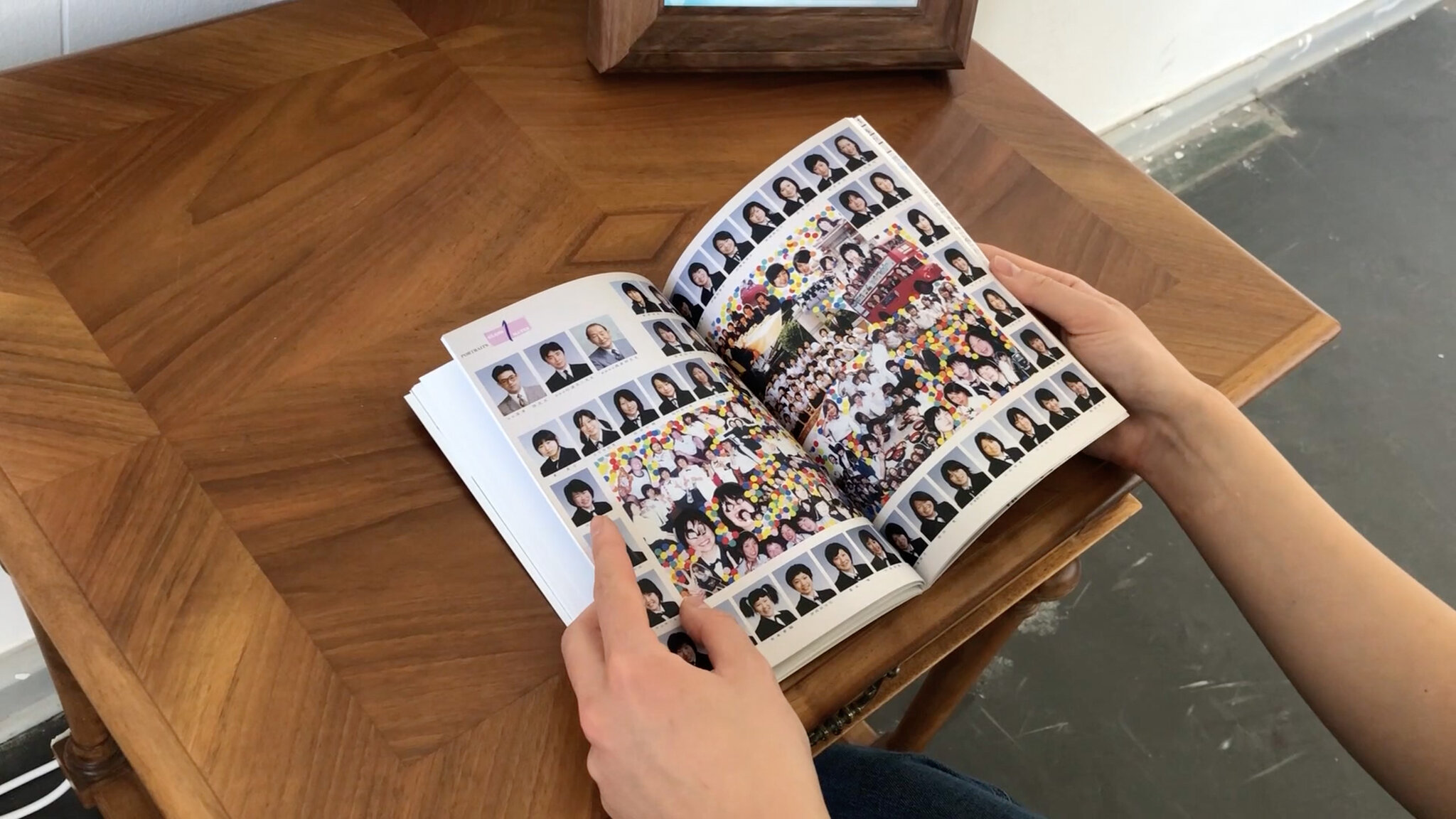