Oyster shell as a sustainable material

Most of the time, we see oysters as an expensive delicacy or know them for their rare and highly prized pearls. The invasion of the mudflat of the North Sea by the Pacific Oyster (crassostrea gigas) on the other hand is less well known. Originally imported from East Asia in the 80’s, they were colonized with the intent to produce larger profits compared to the smaller European Oyster. At first, the ecological impact from this colonization was insignificant and went unnoticed, but with the rise of the water temperature, the foreign oyster began to thrive in its new environment and spread uncontrollably around the year 2000. It is now conquering more and more areas of the mudflats and can be seen as a prime example for how short term interests driven by the influences of globalization can lead to incalculable changes in the ecosystem.

At this point, it also shows that organisms or natural systems can be perceived from different perspectives. For years, oysters have been a focus of material research due to their shell. It contains a lot of chalk and has three distinct layers. The layer on the inside called nacre, also known as mother of pearl, has a special feature because it is hard and elastic at the same time. Like the other layers, it mainly consists of tiny sheets of aragonite which are embedded in organic material. The organic fraction is called biopolymer, which ensures that the nacre is elastic and resistant to breaking. If it was possible to copy the natural mechanism of formation of the oyster shell, scientists could develop an artificial nacre mineralization and bionic surface.

This project highlights the oyster shell from the material perspective as well, but the shell is directly used and processed. Therefore, it first needs to be broken apart. The grinded shell has the essential features of limestone: a neutralizing effect of the pH-value, accumulation of heat, absorption of water, but also release of humidity. The shell powder without any added substances is not able to be brought into a form in order to gain a maximum use of the shell’s features. It needs to be mixed with water, a share of <30% of clay, and optionally a few drops of oil. Different mixtures and combinations have to be tested to find out the optimal composition of all ingredients to gain stability. Subsequently, the basic material is burned into a quadratic tile. The degree of granulation determines the texture, the water the porosity, the oil regulates the binding, and the glaze changes the surface. In the end, two different collections of tiles have come to light and can be combined individually and adapted to the application area.

Regular limestone is obtained in a very energy-intensive open pit where entire swaths of nature are destroyed. Humans consume the soft part of the Pacific Oyster and the hard shell typically ends up in the trash. For this project, the shells have been collected from luxury restaurants in Berlin that serve oysters. In fact, a lot of energy and time was needed to clean, boil out, dry and grind the shells manually. But if all of these steps were mechanized, we could protect and conserve our resources and provide an alternative to limited limestone resources.

The semester project crassostrea gigas is a sensual aesthetic discovery of the oyster shell as well as a materials experiment, which serves as food for thought with regards to the repurposing of a potentially rich material that hasn’t yet been given the attention it deserves. 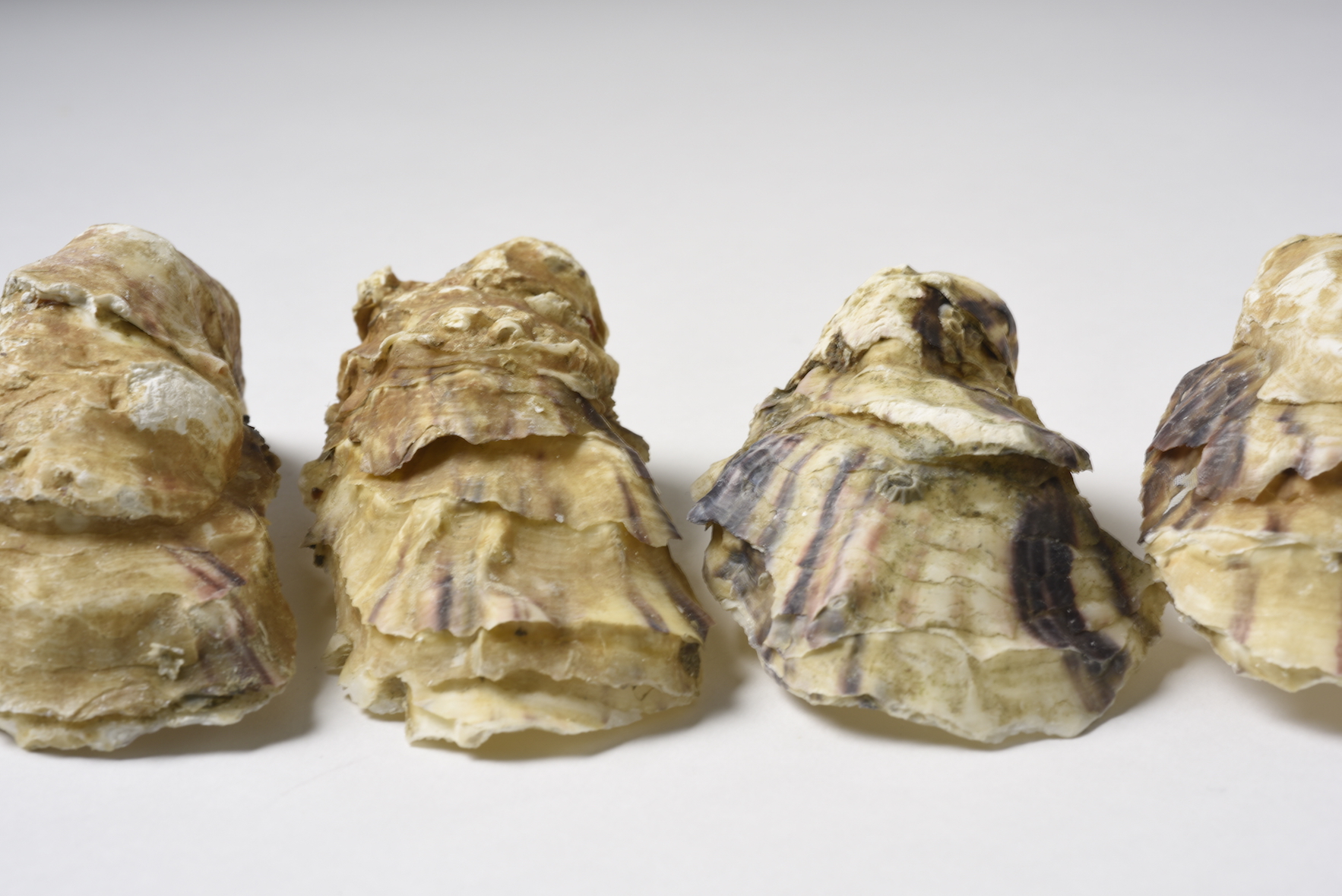 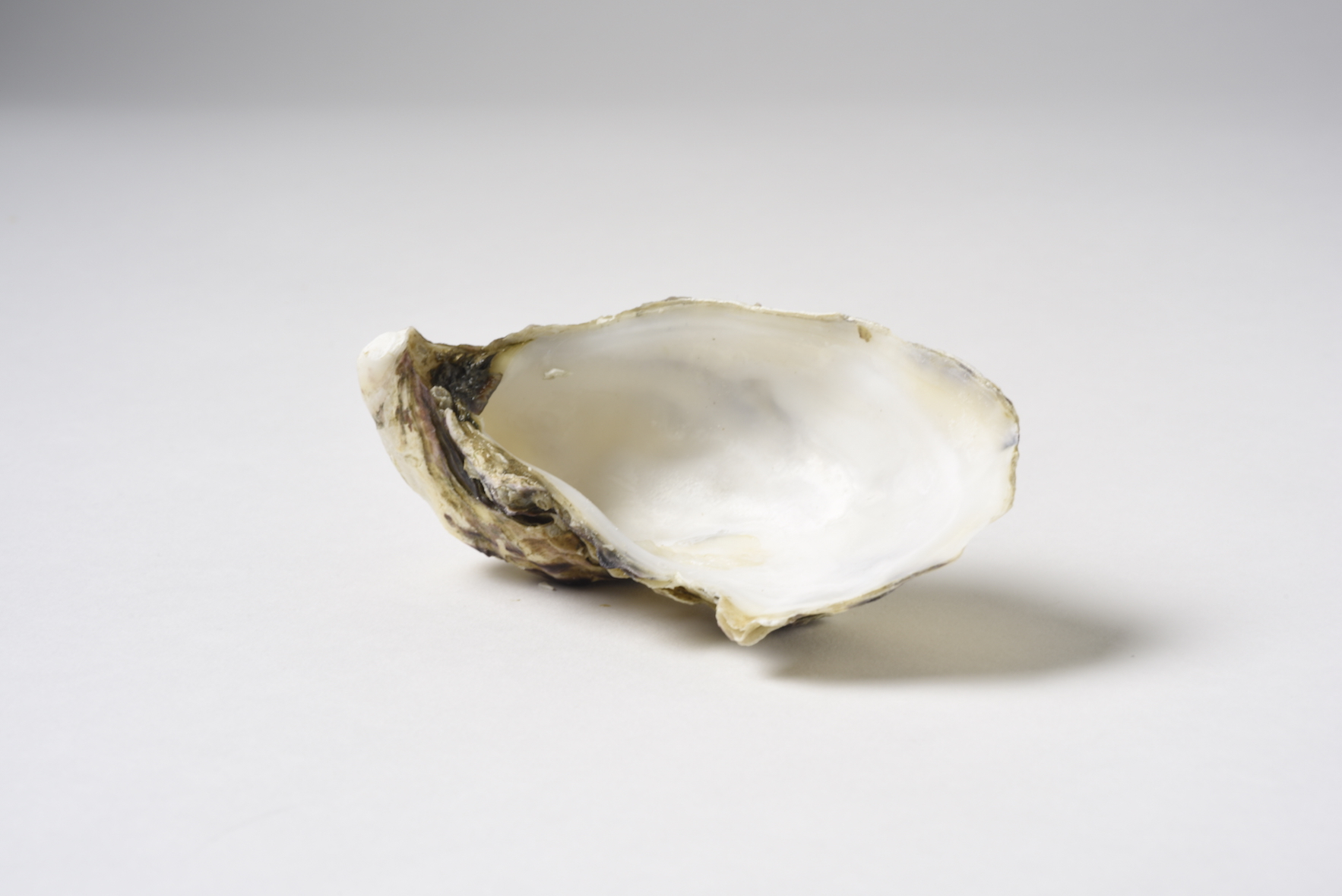 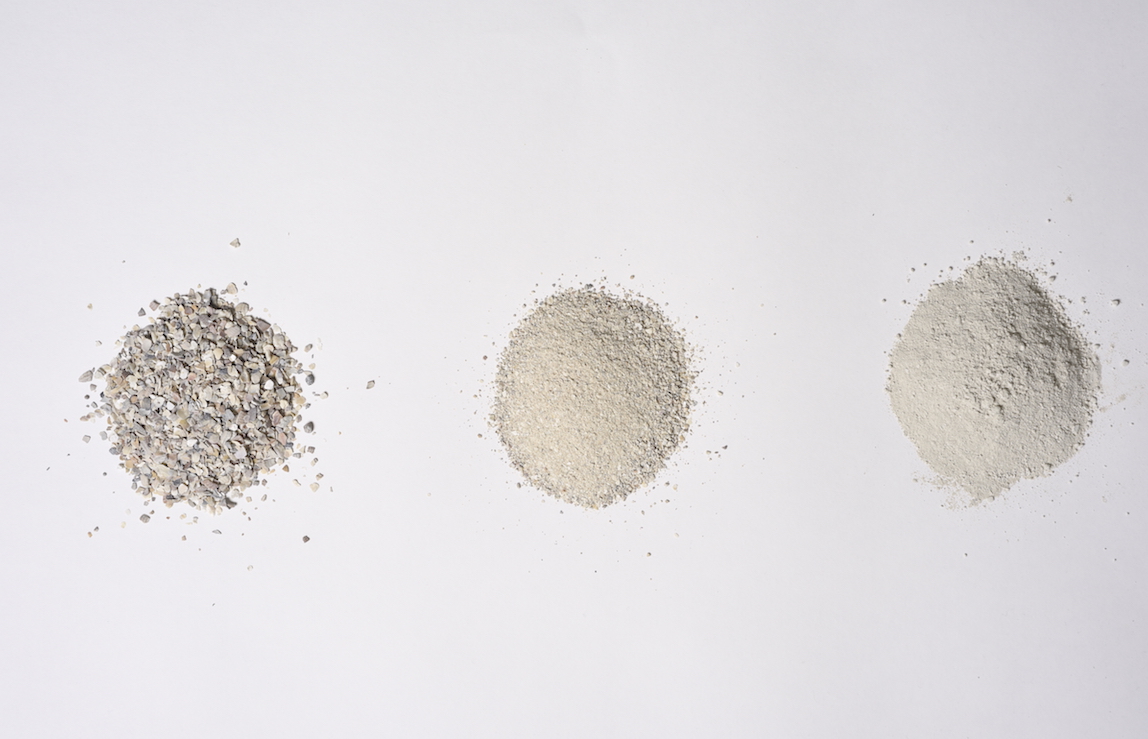 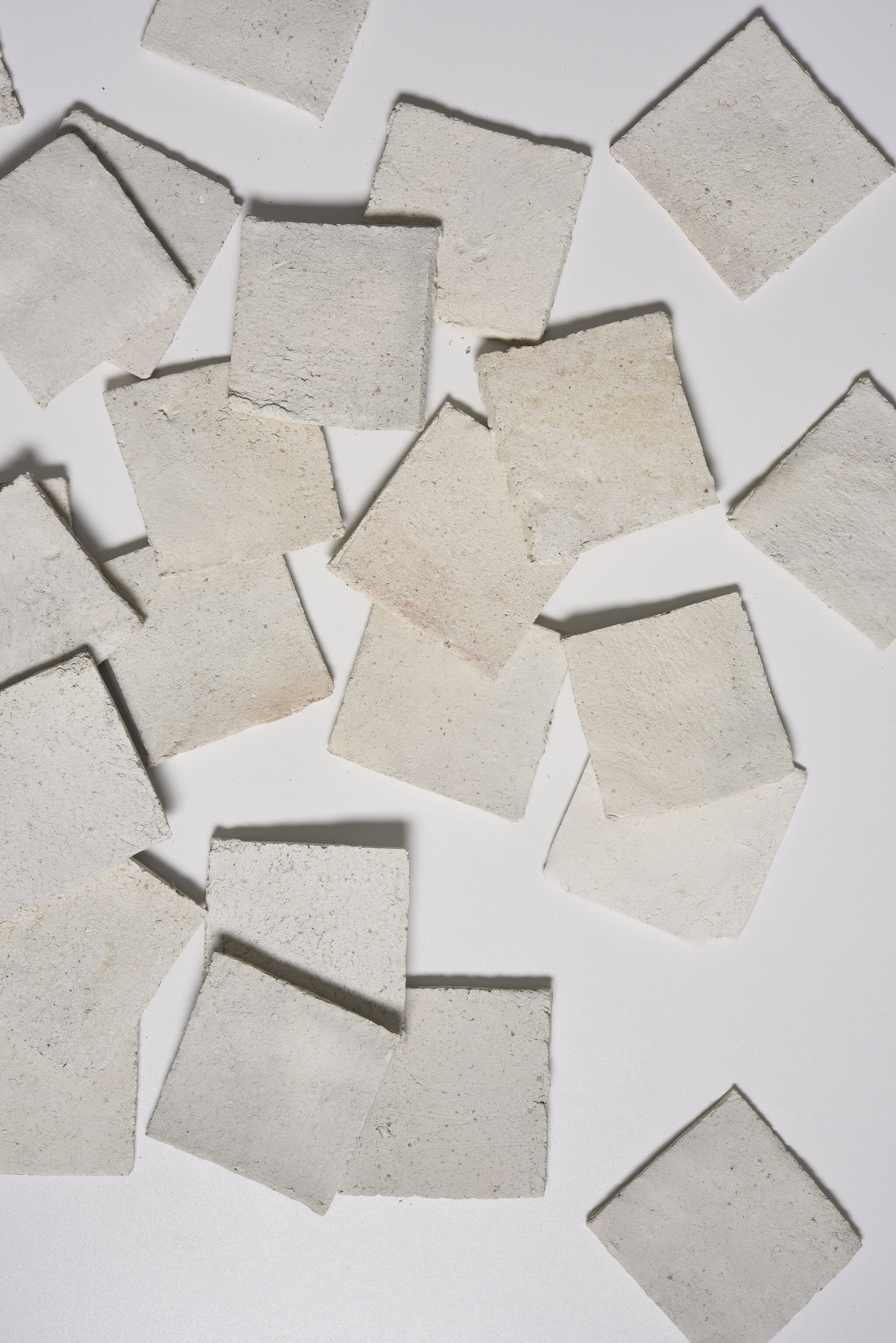 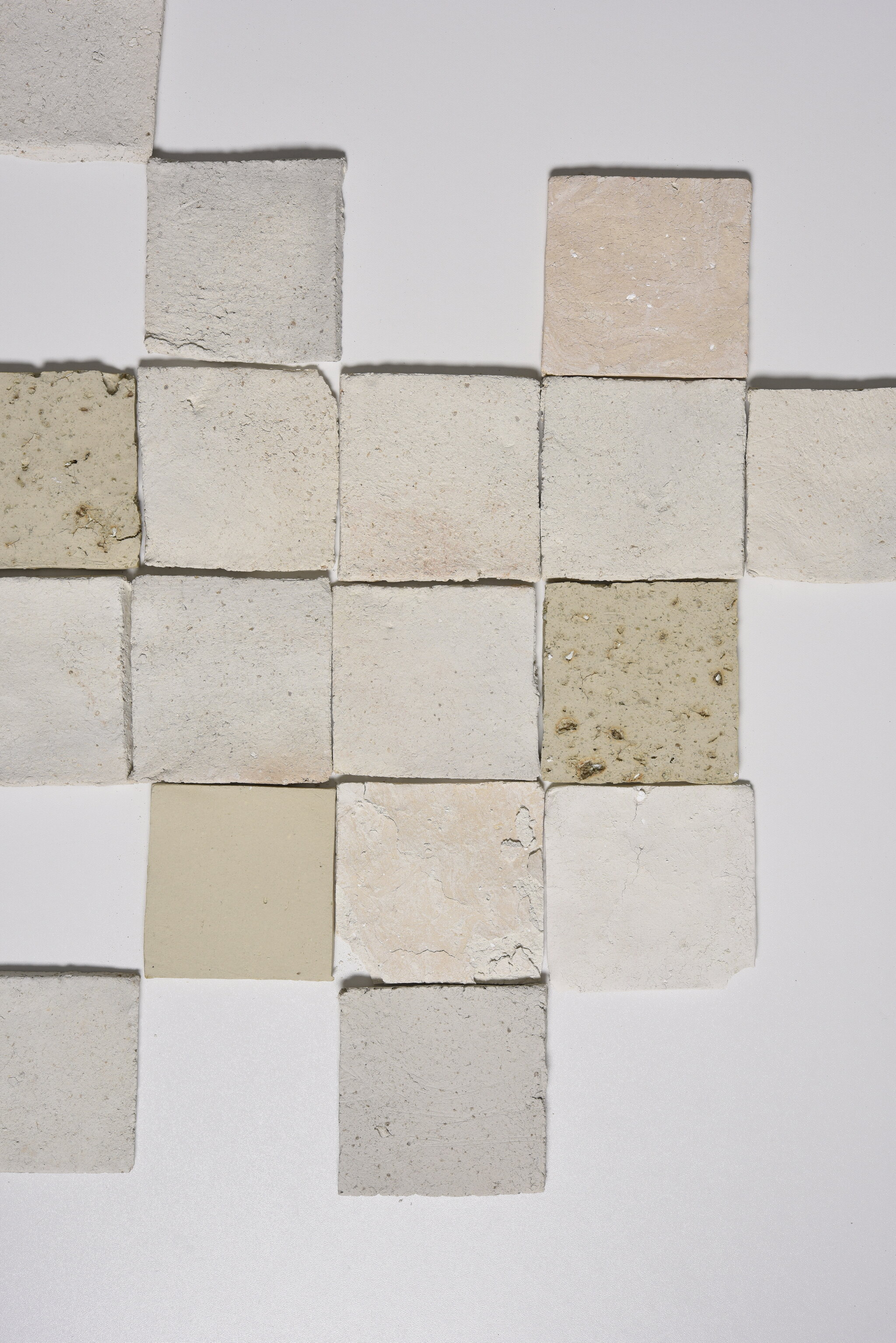 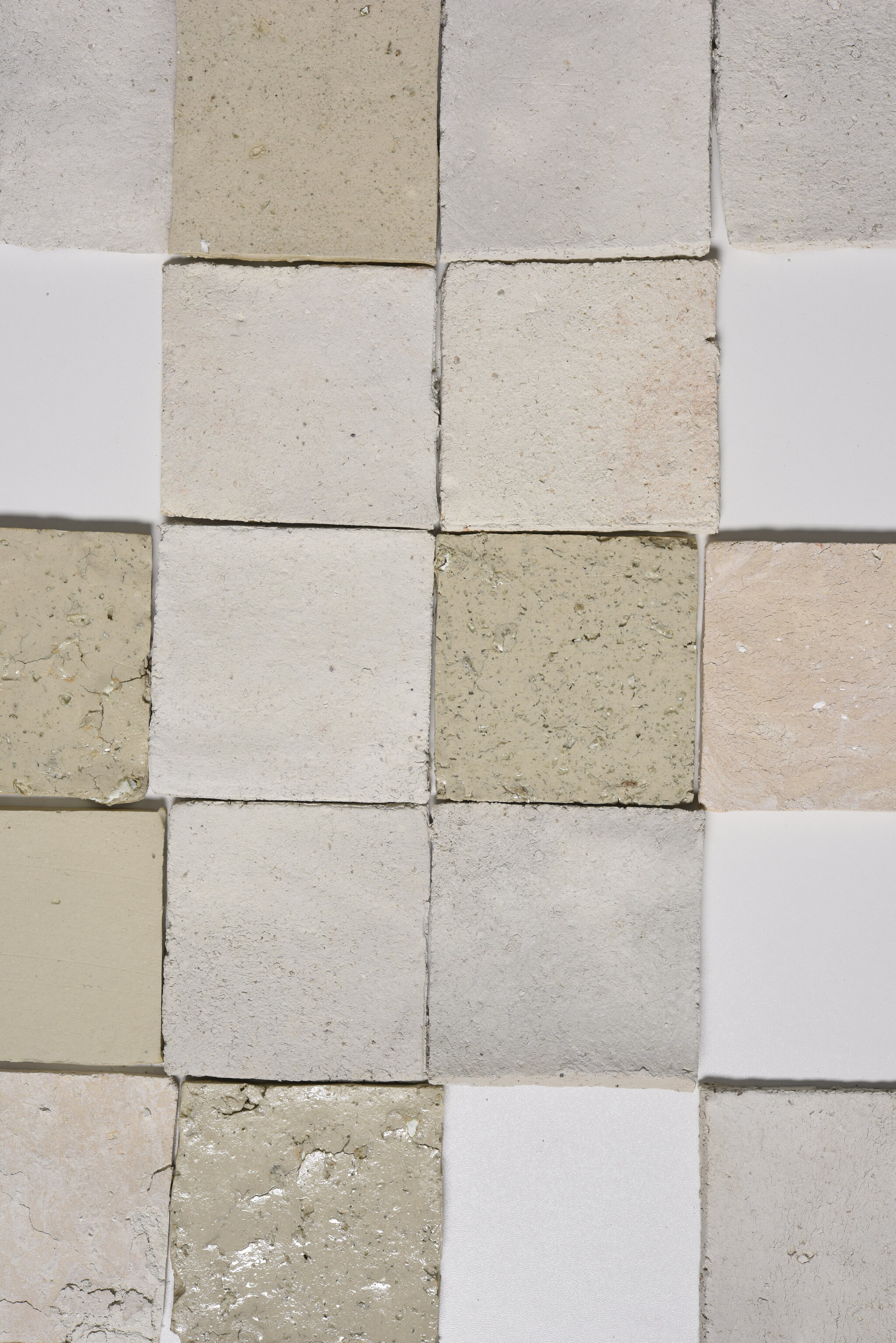 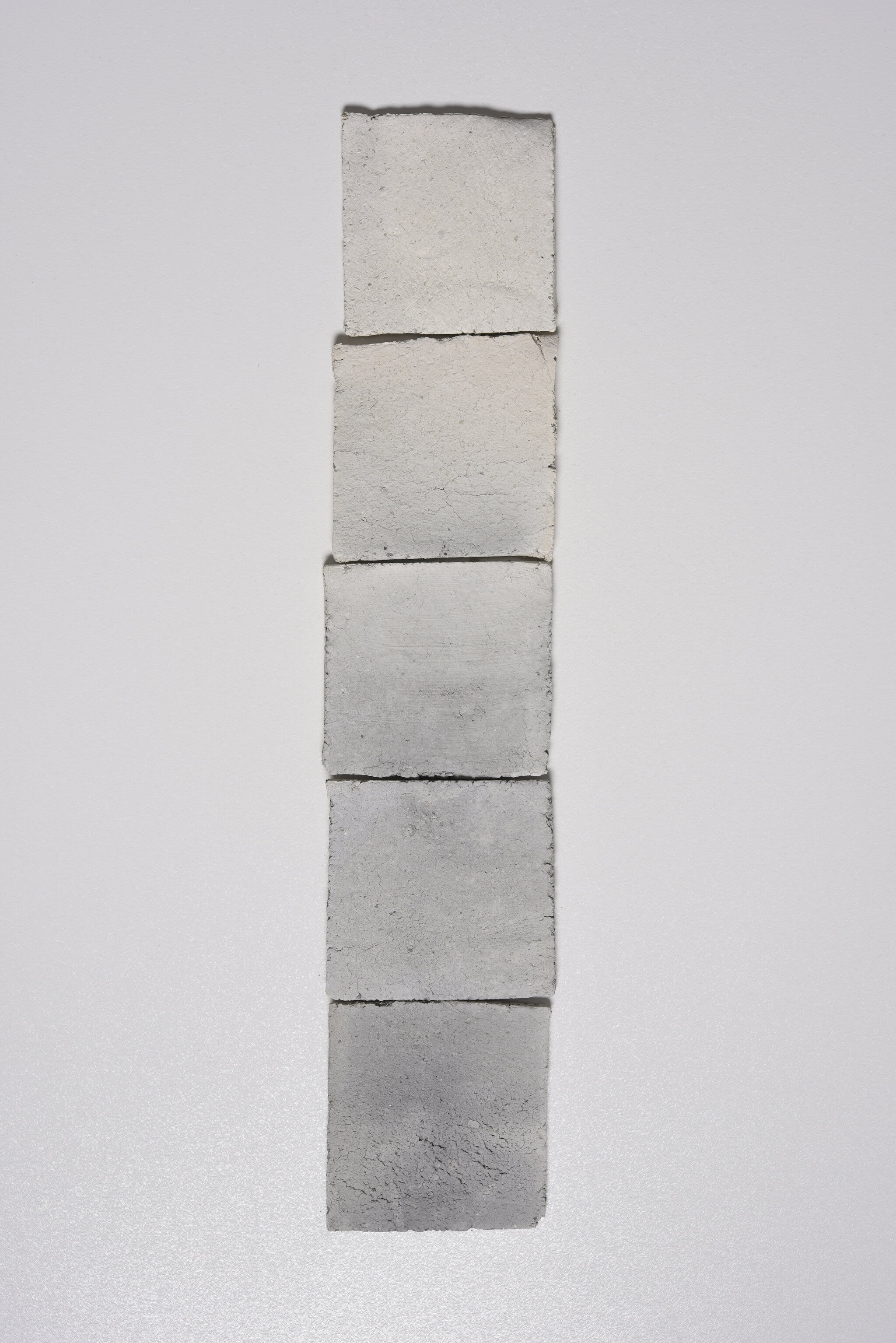 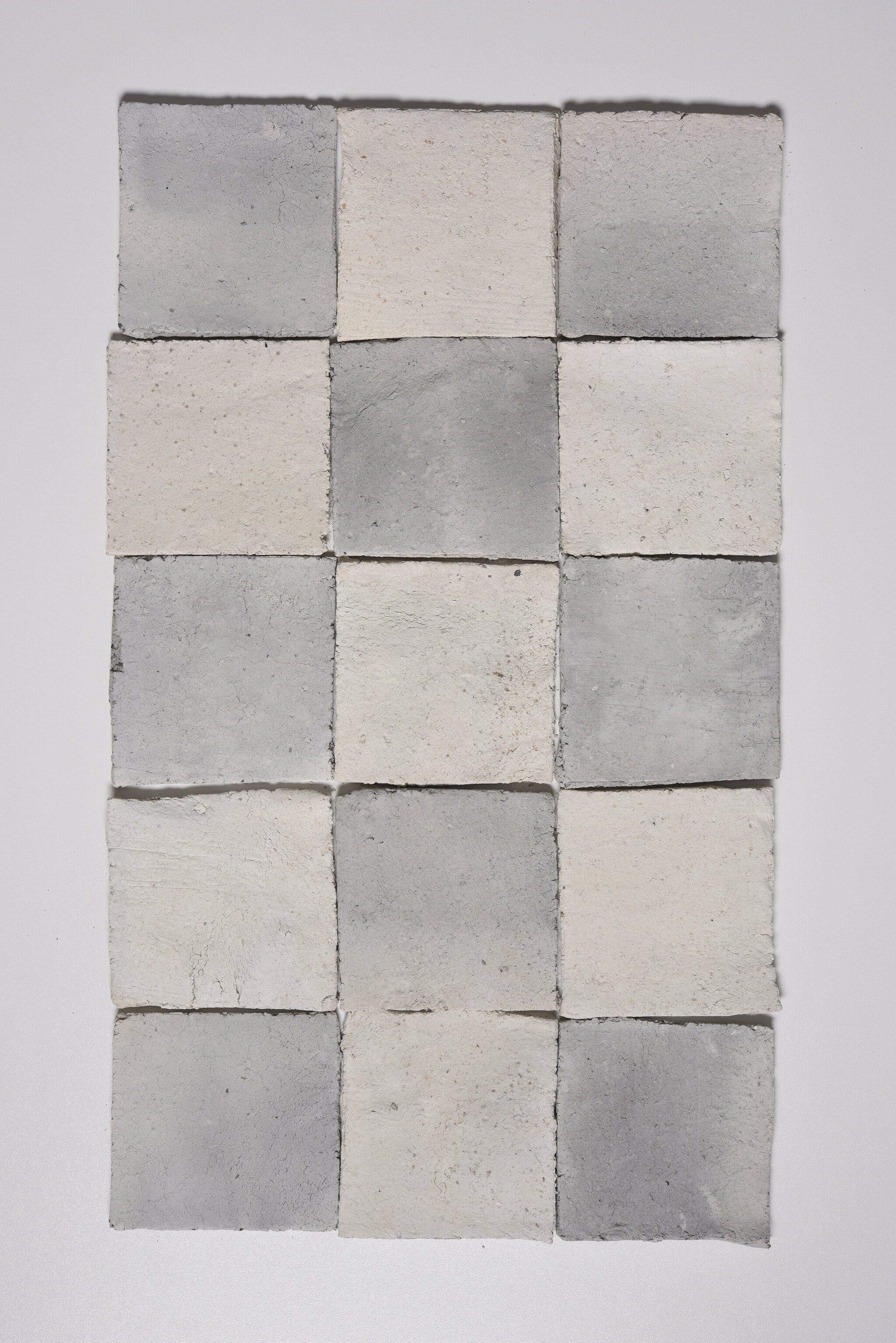 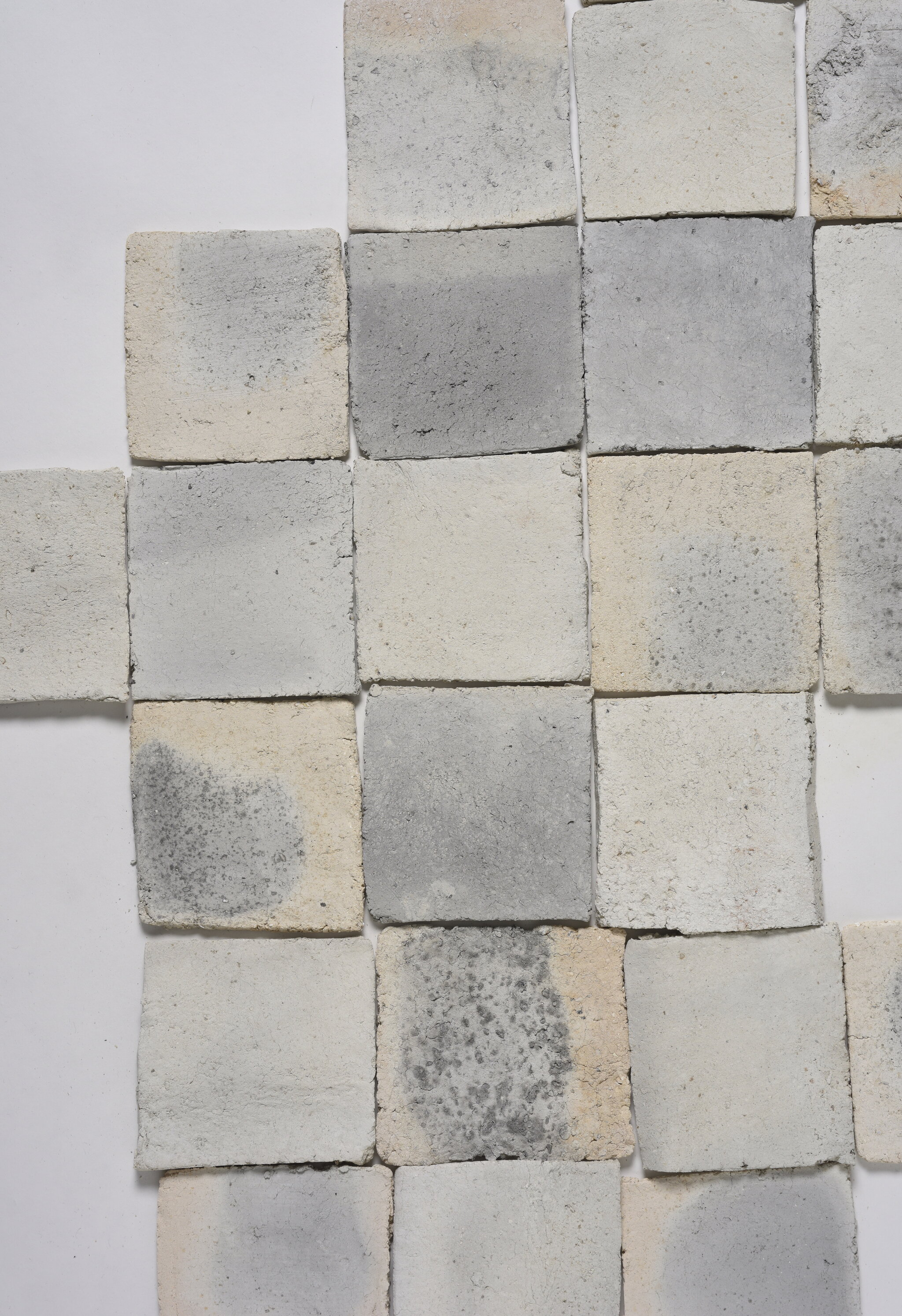 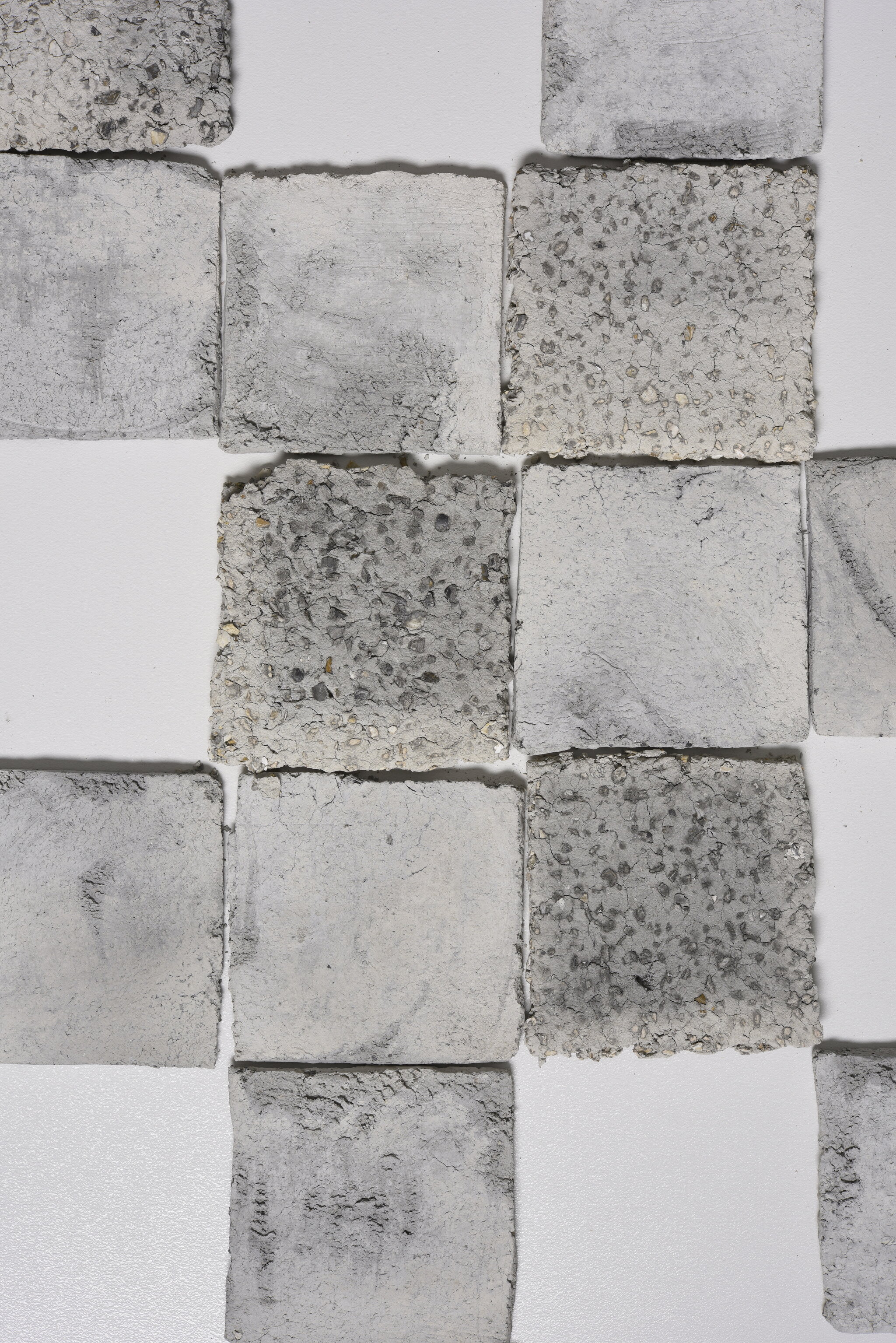 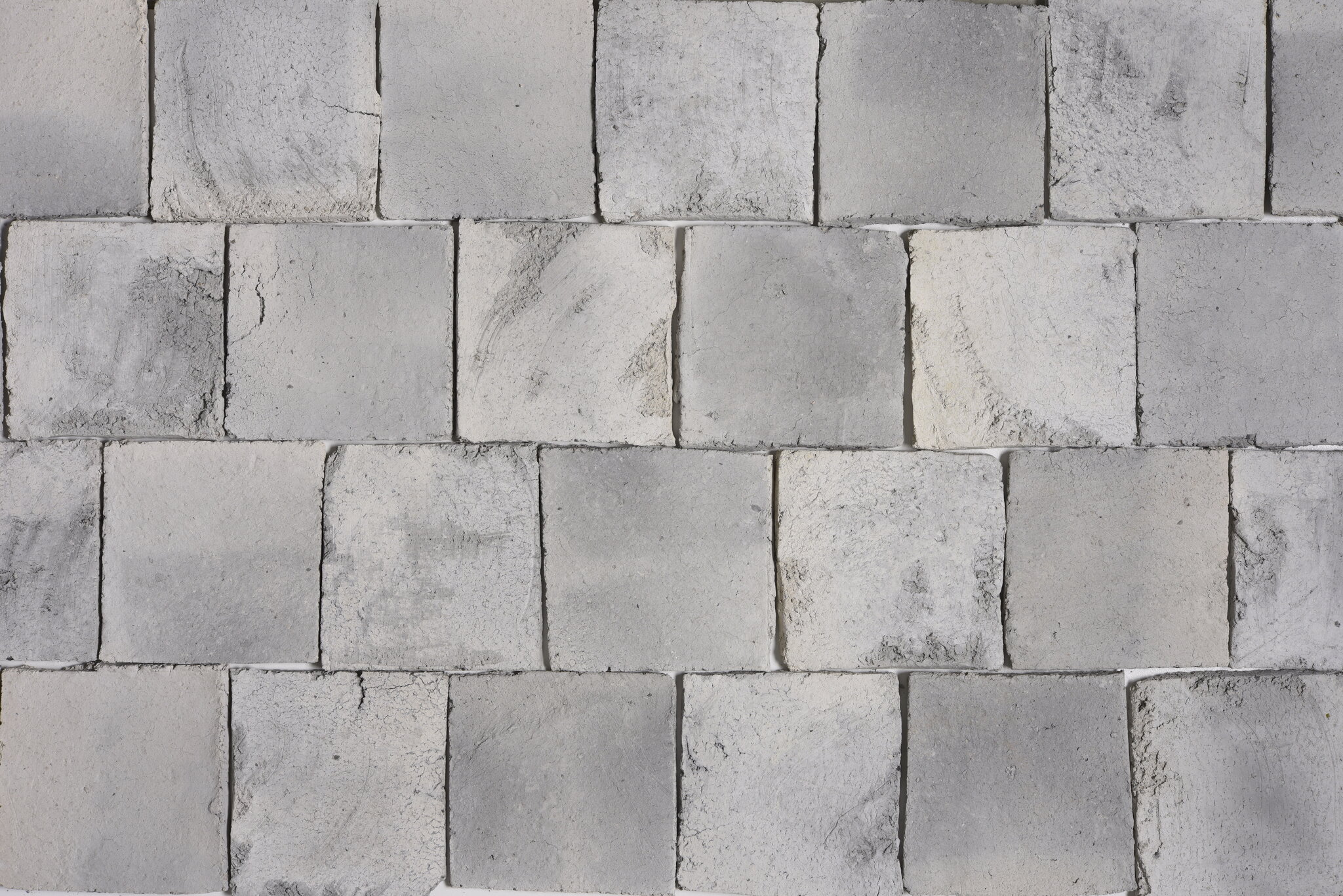