The huge potential of microalgae has

been a subject of research in natural

sciences for quite some time. Meanwhile

the artistic and creative value of this

Algaemy investigates the potential of

microalgae in a creative context. The

reveal the aesthetic potential of a

resource which is mostly regarded as

which produces its own (surprisingly

palette from different shades of blue,

green, brown and even red derives from

Microalgae have an incredibly wide

range of applications, such as nutrition,

qualities and even CO2 absorption.

The machine uses this potential to

create an autarcic circle of production,

which does not require additianal

energy or material apart from human power and the microalgae itself.

Algaemy is a design-laboratory investigating the potential of microalgae as pigment in textile printing. 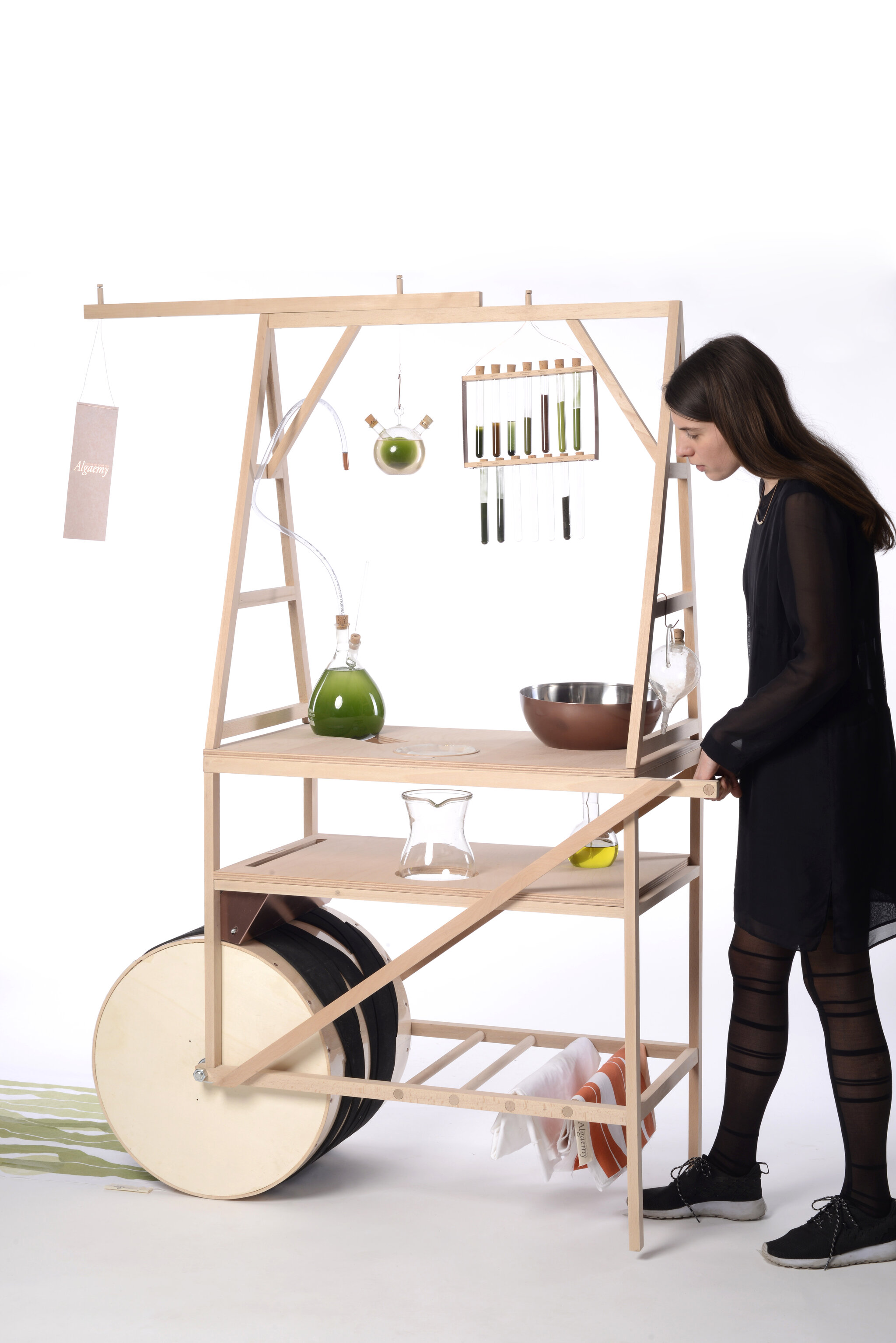 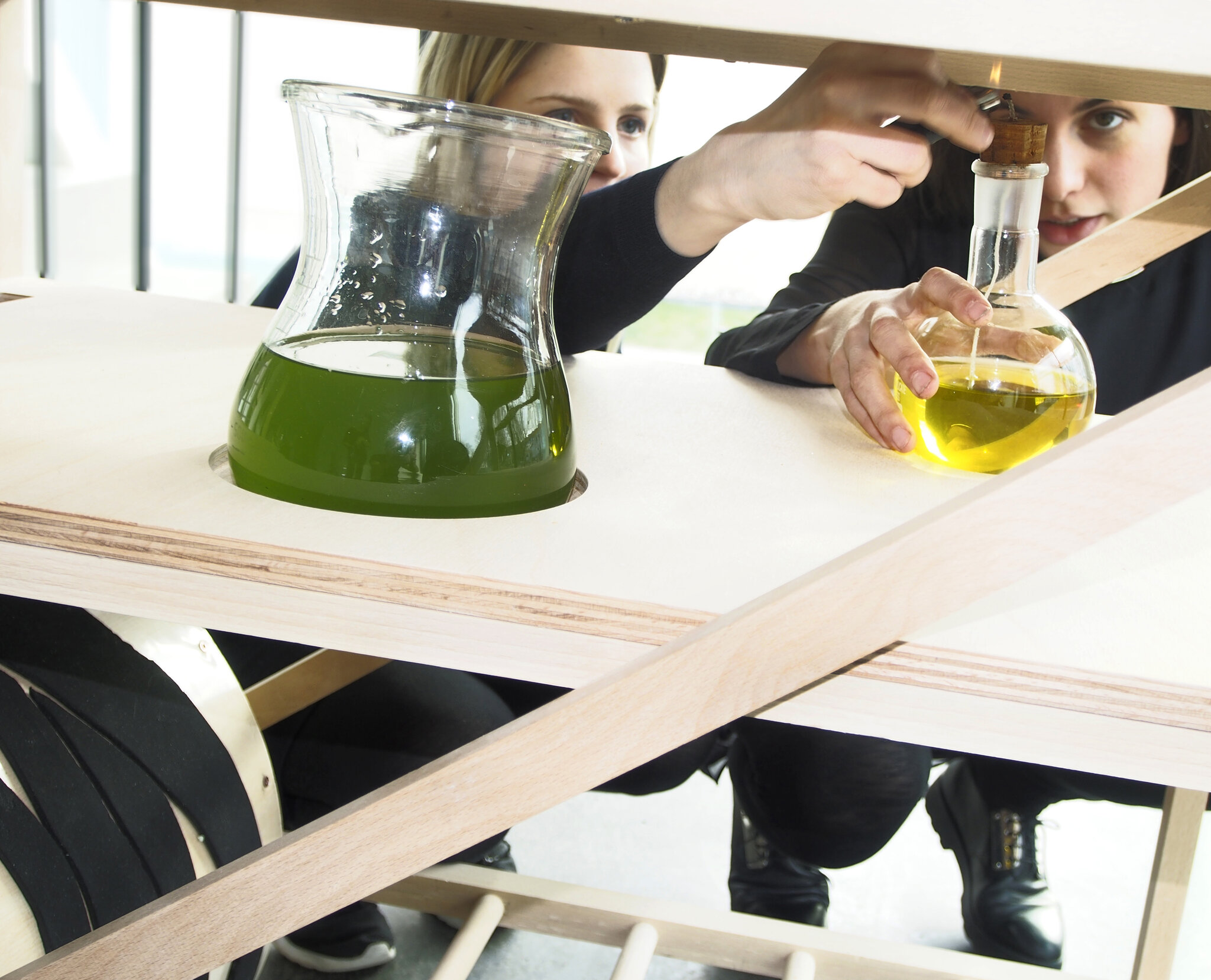