The Duality of Surface

Evolution is the ultimate streamlining process.  It shows us prime examples of how systems in nature have been winnowed down over millions of years to achieve the most effective adaptation and survival techniques. We have more tools than ever available to help us investigate nature and extract inspiration to apply to the design practice.

The initial starting point of Osteoderm was the examination of snake/reptile skin.  Already a dual quality material of sorts, snake skin is a complex surface of alpha and beta keratin, organized into a network of scales bound together by skin which can expand to allow for the ingestion of prey larger than the width of the snake itself.  Through this expansion and contraction of the dermis, reptiles can easily control their temperature and their skin’s permeability while resting in water for long periods of time.

This dual quality, this duality, is intrinsic to the concept of a snake throughout history in a symbolic sense as well.  Snakes and serpents have long been a representation of the duality of existence (good and evil) and can symbolize the cycle of life; life being born from death and creation derived from paradox.

From this rich background, the project Osteoderm sought to create a dual quality surface.  The initial test phase saw prototypes made from paper, yarn, lycra, plastic, polyester, and PVC.  Eventually a cut and fold system was developed to mimic the contraction and expansion characteristic to that of snake skin.  A geometric pattern was cut into fabric to create the effect of scales.  This system was combined with a series of pleats, which was later printed with sublimation dyes, to form a continuous mono-material with dual qualities to it.

Through this process, Osteoderm has realized a pseudo-natural imitation of snake skin.  As a mono-material, it is a fundamentally unified surface of complimentary polarities; the opposites joined together as a mutual whole while simultaneously opposing each other, and therefore strengthening the contrasting characteristics.   The skin/scale duality is represented through contrasting colors, while the pleating system synthesizes the mechanism of expansion and contraction. When these contradictory elements are combined they yield a functional system, greater than that of the assembled parts. 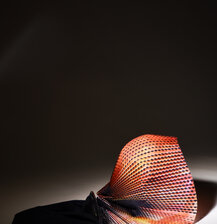 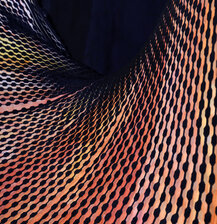 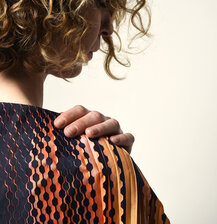 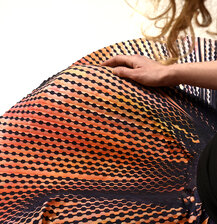 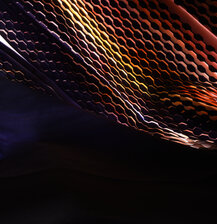